A new research study at Tel Aviv University suggests that the role of yeast, the world’s most basic eukaryotic unicellular organism, may pave the way for the development of novel, more effective therapies. The research was published in Nature Communications on January 8.

There are hundreds of metabolic disorders — including phenylketonuria, tyrosinemia, maple syrup urine disease and homocystinuria. These disorders lead to congenital diseases that produce a critical enzyme deficiency that interferes with the body’s metabolism. The pathologies and symptoms vary among the diseases, but all of them are usually fatal and have no known cure. Most metabolic disorders affect infants.


The majority of these diseases currently lack effective treatments and patients must maintain a strict diet, avoiding certain food items that contain substances their bodies cannot break down. Often the proposed solutions, such as bone marrow transplants, are extremely expensive and only partially effective.

Now researchers are looking at the role of yeast.

“The same yeast that serves as a basis for the bread we eat and the beer we drink now also serves as an instrumental model of metabolic disorders,” says Dr. Dana Laor of TAU’s George S. Wise Faculty of Life Sciences, the lead author of the study conducted in Prof. Ehud Gazit’s TAU laboratory.

“Three Nobel Prizes have been awarded to scientists engaging in research related to yeast in the last decade, and it’s no wonder. Yeast grows quickly; it’s affordable; and it’s easily manipulated as a simple unicellular organism,” Dr. Laor explains. “Now we, too, have harnessed its properties to gain insight into this devastating group of diseases.”

The research is based on previous studies conducted by Prof. Gazit and his colleagues that revealed the role of toxic metabolite accumulation in the pathology of metabolic disorders. “We have known for a while now that amyloids are linked to severe diseases of the central nervous system, such as Alzheimer’s, Parkinson’s and Huntington’s,” Prof. Gazit says.

“Recent experiments conducted in our lab have shown that they characterize genetic metabolic disorders as well. In such disorders, the gene responsible for producing an enzyme, which modifies a particular metabolite, is impaired.

“As a result, large quantities of that metabolite accumulate in the body and cause serious damage,” he continues. “While each condition is separately considered as ‘rare,’ these disorders constitute a major proportion of pediatric genetic diseases.”

In the new study, Dr. Laor genetically manipulated yeast cells to produce a toxic accumulation of the metabolite adenine, devising the first in vivo yeast model of a congenital metabolic disease as a result. The innovative platform will allow scientists to screen thousands of drug-like small molecules to identify molecules that could lead to novel therapies, which can then be developed by Big Pharma.

“Our pioneering research may help identify the molecular mechanisms involved in these diseases and thereby help to develop suitable drugs,” says Dr. Laor.

The researchers recently received an investment commitment from the Tel Aviv University Technology Innovation Momentum Fund, which invests in promising breakthrough technologies, to collaborate with the BLAVATNIK CENTER for Drug Discovery to establish an integrated drug discovery platform for metabolic disorders. The fund is run by Ramot, the Business Engagement Center of Tel Aviv University. The researchers also have a patent pending on their yeast model.

“If you can successfully connect the pieces of the puzzle, then you can understand the biology behind a disease,” Dr. Laor says.

“It is critically important to understand the pathways leading to the toxicity caused by metabolite accumulations in order to develop the appropriate therapy. In this case, the lives of thousands of children may be saved and their quality of life significantly improved.” 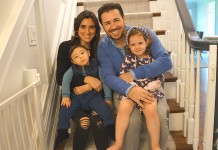 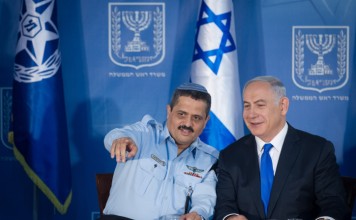 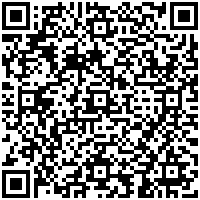