Our daf discusses what a person must give a kohen if he accidentally ate terumah. Must he give him the value of the terumah or its volume? Chametz terumah is an example where the value of terumah is different than its volume. Chametz items make for interesting halachic cases in other circumstances as well.


Making an Eruv with Chametz or Matzah

An eruv chatzeros requires taking an edible piece of bread and granting partial ownership of it to all the residents of one’s courtyard. In light of these requirements, what should one do if erev Pesach falls on Shabbos? You can’t use chametz when setting up the eruv on Friday since chametz will be prohibited after the fourth hour on Shabbos. Yet you also can’t use matzah since matzah will be forbidden from daybreak on Shabbos.

In Place at the Outset of Shabbos

The poskim answer this question based on the Gemara (Eruvin 35a) which discusses an eruv techumin that was prepared in an appropriate location but was then blown away to an inappropriate location by the wind (or was burned or otherwise destroyed). If the eruv was in the correct place during bein hashmashos, the Gemara states that it is valid. However, if the eruv was blown away or destroyed before bein hashmashos, it is invalid.

Applying this Gemara to our case (poskim explain that the same principles apply to an eruv chatzeros), it would seem that one can use bread for an eruv chatzeros for Shabbos Erev Pesach. It’s true that the bread won’t be halachically edible after the day’s fourth hour, but as long as it is edible when Shabbos starts – which it is – one has satisfied the halachic requirement. Indeed, the Meiri (78b), the Pri Megadim (Orach Chayim 372, Mishbetzos Zahav s.k. 1) and Shulchan Aruch HaRav (394:3) all state that an eruv need only be in place during bein hashmashos. Accordingly, Rabbi Shmuel Engel rules that both chametz and matzah are kosher for an eruv for Shabbos Erev Pesach (Teshuvos Maharash Engel 6:27).

Other poskim contest this argument. They maintain that an eruv must be set up in such a way that it could, in theory, remain in place and be valid the entire Shabbos. That’s why an unexpectedly blown-away eruv is okay. An eruv made of chametz or matzah, however, which clearly will be inedible midway through Shabbos is not okay (Tzofnas Pane’ach, Hilchos Eruvin 6:12).

Children and Matzah on Erev Pesach

The Tchebiner Rav (Dovev Meisharim 1:139, s.k. 2) writes that although using chametz for an eruv chatzeros is debatable, all opinions should agree that matzah may be used since matzah on erev Pesach is only forbidden for adults and children old enough to understand the story of Yetzias Mitzrayim. Children below this age may eat matzah. Therefore, the matzah will be edible the entire Shabbos to at least some people.

Eating the Loaf of the Eruv

Whereas people nowadays customarily rely on the same bread for many Shabbossim in a row when making an eruv chatzeros, the Maharil would make a new eruv chatzeros every week and use the bread from the previous week’s eruv chatzeros for lechem mishneh on Friday night and Shabbos day.

The Maharam would eat the eruv loaf on Friday night (Hagahos Maimoniyos 8:4; Hagahos Asheri 3:7; Mordechai, Eruvin 490, citing Maharam; Piskei Eruvin 69). Rashi (Berachos 39b), however, seems to imply that it is better to eat the eruv loaf on Shabbos morning (Zevach Tzedek, Chadashos 160).

The poskim explain that it is preferable to eat it in the morning since people often start Shabbos early and may mistakenly eat it before bein hashemashos (if they were to eat it at night), thus invalidating the eruv (Shulchan Aruch HaRav, Orach Chayim 393:3; Mishnah Berurah 394:4). Based on Kabbalah, the Arizal would eat the bread of the shituf mevo’os on Friday night, and the bread of the eruv chatzeros on Shabbos morning (Kaf Hachayyim 366:124).

In regard to eruv tavshilin, which allows us to cook on Yom Tov for Shabbos, Shulchan Aruch HaRav (527:25) states that some have the custom to wait until the se’uda shelishis to eat it (see also Eruvei Chatzeros [18] by Rabbi Menachem Moskowitz). 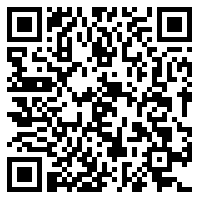