The Case Of The Stumbling Block
(Pesachim 37b-38a)

R. Meir states (Kiddushin 54b) that ma’aser sheni is considered Divine property because of its sanctity. Rav Assi on our daf asserts that according to R. Meir, one cannot fulfill the mitzvah of eating matzah on the Seder night with matzos made from ma’aser sheni grain. A gezeirah shavah of “lechem, lechem” teaches that the matzos must be “lachem – yours” and ma’aser sheni is not “yours.” It’s Divine property.

The halacha follows the Sages who disagree with R. Meir and maintain that ma’aser sheni is the owner’s property. Consequently, a person may in fact use matzah made of ma’aser sheni grain to fulfill the mitzvah of eating matzah on the Seder night.

Two Sins and an Unfulfilled Obligation

The Rosh (siman 18) points out that although the Sages permit matzah of ma’aser sheni, they agree with the Gemara’s derashah that matzah must be “lachem.” Consequently, the Rosh submits that stolen matzah is invalid for the mitzvah because it is not “lachem”; it legally belongs to its original owner. According to the Rambam (Hilchos Chametz U’Matzah 6:7), eating this matzah would be a “mitzvah haba’a b’aveirah,” and the mitzvah is not fulfilled in such a situation.

If several people simultaneously use the same oven for baking matzos and the matzos get mixed up, the matzos one eats at the seder lack the status of “lachem.” Raabad (cited by Rabbenu Manoach to Rambam’s Chametz U’Matzah 6:7) therefore advises people who bake together to declare, “My matzos belong to whoever happens to take them.” By making this declaration, everyone will legally own whichever matzos he takes home.

The Mishnah Berurah (Orach Chayim 444:15) states that if a merchant demands immediate payment, the buyer person does not acquire legal possession of the matzos until he pays. Therefore, if he delays paying until after Yom Tov, he has not ful­filled the mitzvah because the matzos were not legally his.

Another Type of Theft and an Unfulfilled Obligation

The Gemara (Berachos 35b) states that eating food without reciting a berachah is akin to stealing from Hashem who created the food and from the community of Israel (who are deprived of the blessings that the recital of a berachah provides their crops – Rashi). Based on this, the Elef Lecha Shlomo (siman 381) asserts that if a person fails to recite ha’motzi before eating matzah at the Seder, he is akin to someone who eats stolen matzah and is required to eat additional matzah (with a berachah).

A Guest Who Does Not Recite a Blessing

HaRav Moshe Feinstein (Igros Moshe vol. 5, 13:8-9) and HaRav Shlomo Auerbach (Minchas Shlomo siman 35) discuss the problem of serving a guest who does not make berachos. The host may be violating lifnei iver – “Do not place a stumbling block before one who is blind” (Leviticus 19:14). The Mechaber (Orach Chayim 169:2), in fact, specifically prohibits giving food to someone who won’t utter a blessing.

Both HaRav Feinstein and HaRav Auerbach, however, argue that there is room for leniency regarding a “tinok shenishba,” one who is ignorant of the laws due to lack of proper training.

The Sefas Emes (Sukkah 35a) states that a host who provides matzos for his guests at the Seder should explicitly transfer ownership of the matzos to them so that they legally own the matzah they eat. (Rav Moshe Sternbuch, in Responsa Teshuvos VeHanhagos vol. 2, Orach Chayim 240, cites the Shevet Sofer, who advised similarly in his Shabbos Hagadol derasha.) The Sefas Emes concedes, however, that the prevailing custom is not to do so. He suggests that perhaps the populace relies on the teaching that one may perhaps accomplish the mitzvah with matzah she’ula, bor­rowed matzah, since the lender wishes to aid the bor­rower in accomplishing the mitzvah – similar to be­trothal with a borrowed ring, which the Rosh per­mits.

In our case, serving matzah might, in effect, be a form of transferring ownership even though there is no explicit statement made to that end. With the transfer of ownership, the problem of lifnei iver is softened somewhat as the matzah the guest eats is now his and not the host’s. However, we still must reckon with the host having “aided and abetted” the sin of not saying a blessing over food by giving the guest the matzah in the first place. 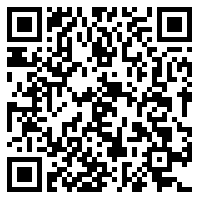