The Palestinian Authority has proved its death wish again by it fierce reaction to IDF approval of a grandiose plan, years away for reality, that would provide trains service to Arab cities in Judea and Samaria and propel economic growth but with the “price tag” of also being beneficial to Jews.

“This [plan] shows not only Israel’s short-term illegal activities in terms of settlement expansion, but its long term planning and execution of colonial projects that aim at nothing less than ending the two-state solution,” PA spokesman Husam Zomlot said.


If there is one area in which  chairman Mahmoud Abbas excels it is cutting off his own nose to spite his face, or more accurately the face of nearly more than 1.5 million Arabs living in Judea and Samaria.

Several years ago, Israel considered building its “Kvish 6” (Highway 6) north-south superhighway toll road east of the current route so that it would bring Arabs and Jews in Judea and Samaria closer to metropolitan Tel Aviv. It also would have cemented an Israeli presence in the region.

The highway, which now extends a short distance from Haifa all the way to the suburbs of Be’er  Sheva, has been a boon to industry and housing, enabling Israelis to cut driving times in half. New industry has brought thousands of jobs to areas that were formerly undeveloped.

Ramallah, Jenin, Shechem, and Hevron could have enjoyed the benefits, but the Israeli government was scared that the Palestinian Authority might eventually rake in all the cards and create a Judenrein country in Judea and Samaria. Investors, many of whom were more interested in capitalism than Zionism, encouraged the current route that stays out of Judea and Samaria.

When the city of Jerusalem built its light rail system to include northern Jerusalem, which the Palestinian Authority claims will be part of its state one day, chairman Mahmoud Abbas went bonkers because it challenged PA soverisgnty over the capital.

The light rail system allows Arabs, as well as Jews, to ride into the city and work and shop without the miserable traffic jams in the capital, where homes and offices crowds over two lane roads that leave little room for widening.

Now comes the Transportation Ministry’s railroad plan, announced earlier this year and given the nod by the military.

It would include more approximately 300 miles of track along 11 rail lines, running from Hevron, approximately 15 miles south of Jerusalem, linking the Jordan Valley to the east and running northward to include Bethlehem, Ramallah, Jenin and Shechem.

Just think of the boon for Arab workers and industries, which would be able to receive raw materials near their factories and ship finished product by rail to the ports of Haifa and Ashdod.

The long-term for the railway system is for it to run from Ramallah to the Allenby Bridge, on the border with Jordan, and to connect rail lines to Gaza and Arab countries.

Just think how that could unify Ramallah and Gaza by bringing them together.

But the Palestinian Authority  does not think like that.

They say, “Just think of what those trains would do for the Jews. It would reach the illegal colonial settlement of Maaleh Adumim [a city of approximately 40,000 east of Jerusalem]. It would benefit those settlers in Gush Edition, some of whom are sitting on property that was occupied  before the reestablishment of Israel by  – Jews. Oh well, let’s forget about that little fact.

The Palestinian Authority has not learned its lesson from being left out of Highway 6. Earlier this week, Israel said that a proposed Highway 9 will link Hadera, located southwest of Haifa and northeast of Tel Aviv, with communities to the east. 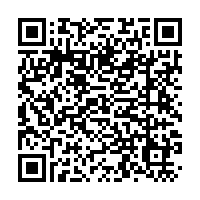