For example, if a piece of cold non‑kosher meat got mixed up with two cold pieces of kosher meat, all three pieces may be eaten. This permission is based on the halachic principle according to which the majority nullifies the minority – bitul berov. Accordingly, it may be presumed that each piece of meat consumed belonged to the kosher majority.

These permitting ratios do not apply, however, to chametz on Pesach. If chametz became mixed with non –chametz on Pesach, the mixture is prohibited on Pesach even if the ratio of the permitted non‑chametz to the forbidden chametz is 1,000 to 1. This applies both to foods that blend together, lach belach, such as chametz flour and Pesach flour and foods that do not blend together, yavesh beyanesh, such as a piece of kasher lePesach matzah with a piece of non-kasher lePesach matzah.

According to Rashi, the reason for this stringency on Pesach as opposed to the rest of the year is twofold. First, the punishment for eating chametz on Pesach is karet, premature death at the hand of God. Second, since the prohibition of chametz exists for only seven days a year, one might come to forget about it – lo bedilay minay. The combination of the severity of the punishment and the ease with which the prohibition may be forgotten require that the smallest amount of chametz – chametz bemashehu – be prohibited.

According to the Rambam, the reason for the stringency on Pesach is that the chametz prohibition is a temporary prohibition – davar she’yesh lo matirin – because it lasts for only seven days. So why eat even the minutest amount of chametz on Pesach when one can wait until after Pesach and eat it without any concern? A temporary prohibition cannot be nullified, irrespective of how high the ratio of the permitted food is to the forbidden food. A practical difference between Rashi’s explanation and the Rambam’s explanation is the case of chametz nuksheh – spoiled or decomposed chametz. Although prohibited on Pesach, chametz nuksheh does not incur the punishment of karet. According to Rashi, therefore, it could be batel beshishim, but according to Rambam it could not. 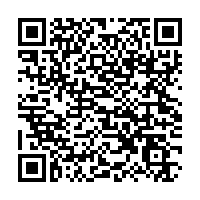