In this week’s parsha, Pinchas is rewarded for having avenged Hashem’s vengeance and turning away Hashem’s wrath from Bnei Yisrael, by killing Zimri and Kazbi. He was therefore given a bris shalom. Pinchas and his children hereon became kohanim.

Pinchas fulfilled the halacha of kana’im pogim bo. This is a situation where a kanoi (zealot) is granted permission to kill someone who is performing specific aveiros. One of the scenarios which a kanoi is granted this permission is if he witnesses a Jewish male living with an idol worshiping woman in public (in front of ten people). Such was the case where Zimri took Kazbi in public and was performing his aveira. Pinchas acted in accordance with this halacha and killed them both.


We do not find that Pinchas was chastised for what he did; on the contrary he was greatly rewarded. Yet, many Acharonim question why Pinchas was allowed to do what he did for various different reasons, as we will see.

The Gemara in Sanhedrin 82a says that Zimri brought Kazbi in front of Moshe and asked him if one is permitted to live with her or not. He then added, “And if it is forbidden, who permitted you to marry the daughter of Yisro?” The Gemara says that Moshe forgot the halacha. But Pinchas remembered it. Rav says that when Pinchas saw what was happening he went to ask Moshe Rabbeinu, why the halacha of boel aramis kana’im pogim bo does not apply in this situation. Moshe Rabbeinu answered him that it indeed does, and since Pinchas remembered the halacha he should be the one to carry it out.

According to Shmuel, Pinchas did not ask Moshe; he simply went to fulfill the halacha. This is because, although it is generally forbidden for a talmid to take action in front of his rebbe, where the situation will result in a chillul Hashem or an aveira will be transgressed, “ein chachma v’ein tevuna v’ein eitza neged Hashem.” In other words we do not honor a rebbe if it will result in a chillul Hashem. If one’s rebbe is going to perform an aveira one is obligated to stop him, even though this is disrespectful. Therefore, one is allowed to act in front of his rebbe in such a situation.

The Aruch Laner there asks that we only say that one need not worry for the honor of his rebbe and stop him from sinning if a chillul Hashem will result in a situation where the rebbe will perform an action that is an aveira. If, however, the rebbe will transgress without performing any aveira (shev v’al ta’aseh) then one is not allowed to intervene. How then was Pinchas allowed to take action in front of his rebbe when his rebbe was only passively not acting according to the halacha?

Another question that the Acharonim pose is, it was sakanas nefashos for Pinchas to kill Zimri, a nasi in Klal Yisrael. How was he allowed to put himself in such danger?

The Rosh in sefer Hadar Zekeinim asks that according to one opinion in the Gemara in Zevachim, Pinchas was already a kohen, and thus prohibited form becoming tamei. How then was he permitted to kill two people and become tamei. The Aruch Laner remarks that although the Gemara says that a miracle occurred and Zimri and Kazbi did not die while they were on Pinchas’ spear, nevertheless Pinchas could not have known of this outcome. How could he have allowed himself to become tamei?

The Aruch Laner suggests that this question is answered with another question. The Gemara in Sanhedrin (ibid) says that if one comes to beis din to ask if it is permitted to kill someone who is being boel aramis, beis din must tell him that it is not permitted (halacha v’ein morin kein). Yet, a few lines later the Gemara says that according to Rav, Pinchas asked Moshe before he carried out this act of kana’im pogim bo. How could Moshe tell Pinchas to carry out the halacha of kana’im pogim bo? 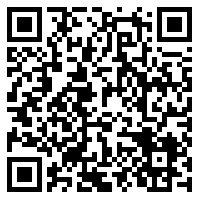