This week we asked: Leaving aside any halachic considerations
that may be involved, is it a Jewish value to have a large family? First of all, I would phrase the question differently since “Jewish values” are one and the same with halacha. There are, however, exceptions within the framework of halacha.

First, there is a Torah mitzvah of “pru u’rvu – be fruitful and multiply,” which obligates one to marry and attempt to have children, which one fulfills by having a boy and girl. Additionally, there is the mitzvah of “l’sheves yetzara,” which according to some opinions is an open-ended obligation (of rabbinic status with its basis in Tanach) to have as many children as one can to populate the world.

In addition, there is the sentence in Koheles, “In the morning, sow your seed and also in the evening do not hold back your hand,” which Chazal expound to mean that if one had children when he is young, he should also strive to have children when he is older for one never knows with which of them he will be more successful. This may have the status of a rabbinic obligation or may be only advice.

Hence, having children is a Jewish value on three different levels. Whether one’s specific circumstances mitigate this obligation will depend on the seriousness of the mitigating factor – i.e., threat to life, illness, stress, etc. – and the methods available to effect limiting one’s having children and their halachic implications.

Chazal say that Moshiach will not come until all neshamos that were created are brought into this world. Jewish children are indeed a Jewish value. Whether any specific individual is obligated to produce that value depends on many and varied circumstances, factors, and halachic considerations. From my perspective, one cannot ignore halachic considerations in determining what a Jewish value is. If I can reformulate the question: “What additional factors beyond the formal halachic ones should inform a decision about family size?”

A balancing consideration is that our obligation extends beyond simply giving birth to children; it includes bringing them up properly. Each child is different, but all require attention and parental involvement. Parents have to know themselves and their spouses to properly evaluate how many children they are capable of bringing up well.

Balancing values to find what is appropriate for a given family and praying for Hashem’s help is the best we can do. It depends on who defines what a “Jewish value” is. For some, it is a Jewish value to worry about over-population in the world. With seven billion people and growing, the world population runs the risk of food shortages, environmental damage, water and air pollution, etc. Some would argue that it is a basic Jewish value to safeguard humanity and the environment by having fewer children.

For others, it is a Jewish value for Jews to have large families in order to replenish our numbers after the Holocaust. Jews represent an infinitesimal percentage of humanity, and we need to vastly increase our numbers to offset assimilation, intermarriage, etc.

And yet for others, it is a Jewish value to allow couples to decide for themselves how many children they want to bring into the world. Each couple should have the right to decide – free of external pressures – what makes the most sense for them. Their decision will factor in their financial situation, their physical and emotional preparedness to raise children, etc.

It is a Jewish value to be inclusive and respectful to others, regardless of the number of children they have. The non-judgmental approach extends to those who, for various reasons, are unable to have children, as well as to those who have smaller or larger families. A little while back, for the purposes of a think tank, I explored the value of having larger families. I raised the matter on Facebook, eliciting 216 responses within 48 hours.

There was much concern expressed about the financial implications – especially school tuition fees. But one woman made a compelling observation. She grew up with only one sister and enjoyed many of the material perks of a small family. Her family rode in a luxury car, typically equipped for four passengers; travelled around the world, more affordable for smaller families; frequently ate in fancy restaurants, etc.

She herself, however, went on to have eight children whom she transports in a basic mini-van and takes on cross-county – rather than trans-continental – trips.

“But what my kids will learn from one another is something I could have never acquired,” she wrote. “They will learn to help more, care for one another, and even as they grow older and may be spread across the world, they will always have each other.

There is much to be said for her observation. In larger families, siblings always have someone to play (or fight) with on a regular basis. They learn how to get along, bounce back after a disagreement, work together, and share. Team work is essential and chores are more readily distributed – all building blocks for a better perspective on family life and, by extension, I believe, producing more productive spouses and parents going forward.

Every child is a blessing and the more blessings one can bring into one’s environment, the better. Besides, as my father, a”h, always said, “We have six million to make up for.” 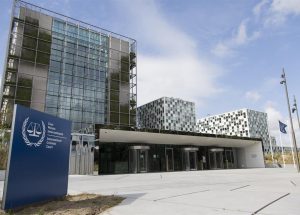