In an ideal Torah society, should a yeshiva
dinner have separate or mixed seating?


This question assumes that there is an identifiable ideal Torah society. Presumably this will be the society during the Messianic area and our sources are vague beyond describing it as a time when the world will be peaceful and filled with Torah knowledge.

In Europe there were  significant differences in the public interactions between men and women in the Lithuanian and Hassidic  communities. In general the Torah has laws controlling human interactions but they do not cover all situations and are supplemented by broad ethical principles.

We are given the tools to live  observant lives according to Halakha in changing human societies.  No specific society is described as ideal.  Clearly the roles of men and women and their interactions vary in different societies and times.

There are three potential scenarios: 1) a mechitza separating men and women; 2) no mechitza but separate tables with separate seating; 3) mixed seating.

The primary question, discussed over many years, has concerned mixed seating at weddings. Rabbi Moshe Feinstein allowed it (Orach Chayim I:41) based on Talmudic discussions related to the korban pesach. His son-in-law, Rabbi Moshe Tendler, reportedly had mixed tables for singles to encourage shidduchim at the weddings of his children and separate tables for everyone else.

Many greats will recall mixed seating at weddings in Europe, which was the norm. Many others will argue for mixed seating today for eligible singles and separate seating for others. Still others will arrange a variation of tables – some mixed others separate – depending on the type of guest.

All the above applies to a wedding which is essentially a personal affair and where one takes ownership and thus sets the standard. At other dinners, however, there is no ideal and it very much depends on the nature of the “clientele” attending.

There is plenty of halachic basis to allow for whichever standard, and if people feel they’re too frum to attend such an event, the ideal is for them to stay home.

Let me address another issue before answering this question. One piece of advice that I give couples is: Don’t go on a double date. Let’s examine the matter from a woman’s perspective (although the same logic applies to a man):

They are going to be times when you don’t look your best or are not in the best mood. When you go on a double date, though, the other woman will be well-dressed and on her best behavior. So what you’re asking your husband to do is compare you in your totality against another woman who is now at her best, which is not fair.

The point is that there are enough temptations and problems out there without making things worse. So any opportunity not to cause an issue in a marriage is something that we should garb a hold of and safeguard very, very carefully.

A yeshiva dinner is great opportunity to support a Torah institution. Why would we want to jeopardize one of the most sacred items in our people – a marriage – for the sake of supporting a Torah institution? Unfortunately, this is a sensitivity that we have lost, and it requires tremendous focus and attention.

In an ideal Torah society, men and women would be able to interact in a respectful, modest fashion. They would be able to sit together as dignified human beings, without this leading to improper thoughts or behavior.

Rabbi Aaron Rakefet has pointed out that many gedolei Torah – including Rav Aharon Kotler, Rav Moshe Feinstein, Rav Yaakov Kaminetzky, and Rav Yosef B. Soloveitchik –attended weddings where men and women sat together at the dinner receptions. Rabbi Rakefet testified: “For their own children – I was at the weddings – there was mixed seating. There was no question about it. Each one’s kavod was with his rebbitzen.”

A photo of the annual dinner of the Agudath Israel in 1945 shows mixed seating, in the presence of a large group of learned rabbis.

It seems that the tendency to insist on separate seating at yeshiva dinners, weddings and other public events dates back to the 1960s or 1970s.

When deciding on seating arrangements, organizers need to consider the feelings of the guests who are being invited to attend. Some men and women are in favor of sitting separately from their spouses at yeshiva dinners or wedding receptions. Others find separate seating to be unnecessary and offensive. They prefer to sit with their spouses on these festive occasions.

Let each yeshiva determine how to seat its guests. Whether they choose to have separate or mixed seating, may they succeed in bringing as many people as possible to the wellsprings of Torah and mitzvoth. 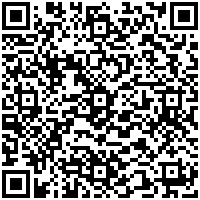