We discussed this at the OU around 30 years, and Rabbi Belsky, Rabbi Genack, and I all agreed: If you eat bread – even cake – as part of a filling meal, it’s called kevias se’udah and you have to wash and bentch. That’s the ruling of the Magen Avraham, and the Mishnah Berurah and Rav Moshe Feinstein both pasken like him.

It’s kevias se’udah even if you don’t eat a lot of cake. If, let’s say, I come from the office and go to a wedding, and I’m hungry, and there’s only pieces of cake on the table, and I start eating some to fill me up – in that case, I have to make ha’motzi if I eat them part of a larger meal. (I don’t have to make ha’motzi if I eat them at the end of the meal as a snack after I’m already full.)


Chacham Ovadia [Yosef] doesn’t accept this ruling, but Ashkenazim do.

What, then, are Ashkenazim who make mezonos on mezonos bread relying on?

It’s wrong, it’s a mistake. The OU years ago refused to give a hashgacha on airline meals because [instructions included with the meals] said the berachah on the bread is mezonos.

There’s no such thing as mezonos bread. If it substitutes for bread, it becomes ha’motzi. 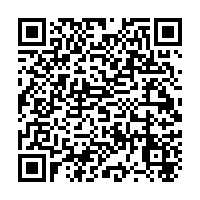