On Thursday, April 19, Rav Zachariah Gelley – mara dasra of K’hal Adath Jeshurun (“Breuer’s”) in Washington Heights and a tremendous talmid chacham, manhig and darshan much beloved by his kehilla – passed away at the Specialty Hospital of Central Jersey in Lakewood. He was 85 years old.

Rav Gelley was born on September 7, 1932 in Topolcany, Slovakia (near Bratislava), to Menachem and Rivka Gellai. The Gellai family were Oberlander Jews who followed minhag Ashkenaz and descended from distinguished rabbinic luminaries such as the Chacham Tzvi and Panim Meiros. Rav Gelley’s great-grandfather had been the av beis din of his hometown. His father, Reb Menachem Gellai, was a wealthy businessman who hosted in his large home a 10-member kollel which he funded single-handedly. Reb Menachem could often be found learning in his house kollel.


Following the German occupation of Slovakia, Reb Gellai paid one of his non-Jewish workers to hide his family (including Zachariah and his two younger siblings, Shlomo and Vera) in an underground bunker. The worker, though, soon revealed the family’s whereabouts to the Nazis, and they were deported to Bergen Belsen in 1944.

Menachem Gellai was killed, but Mrs. Gellai and her three children managed to survive with young Zachariah often hidden in dirty latrines so as to avoid the “selections.” Decades later, he would relate at the Seder, “The Nazis made us feel lower than even dogs. We even internalized that attitude.”

After the war, instead of going to Australia with his mother and younger siblings, 13-year-old Zachariah went alone to England so he could study in a yeshiva. (He did not see his mother again for 18 years). Young Zachariah Gelley (he anglicized his name) studied for eight years with tremendous diligence at Yeshiva Netzach Yisroel, which had been founded exclusively for refugee boys in Sunderland, England.

At 21, R. Gelley transferred to the famed Gateshead Yeshivah, and two years later, he was accepted into Gateshead’s Kollel Harabbonim where he studied for 12 years. In 1956, R. Gelley married Angeline Feldman, daughter of Rav Raphael Feldman, mara d’asra of the Shepherds Bush Synagogue in London.

In 1965, Rav Gelley was invited by his alma mater, the Sutherland Yeshivah, to become rosh yeshiva. Many of his talmidim came from the Edot Hamizrach communities in North Africa, and Rav Gelley related to them well. He trained them to achieve clarity when studying Gemara and the major Rishonim.

In 1987, a new chapter began in Rav Gelley’s life when he was invited to join the rabbinate of Khal Adath Jeshurun (KAJ) in Washington Heights. Rav and Rebbitzen Gelley made a big impact from the beginning. They both exuded warmth, care, concern, and positivity. They made everyone feel important and inspired the kehilla members. The rav and rebbitzen loved the baalei batim and the baalei batim loved them in return.

Alan Ettlinger, president of KAJ told The Jewish Press, “Rav Gelley, zt”l, was a talmid chacham who had the entire Torah at his figure tips as demonstrated by his shiurim. The rav was a warm and caring individual who was both a friend and a father figure to the entire kehilla.”

Samson Bechhofer, a past president of KAJ, relates that Rav Gelley appreciated and understood the kehilla. He also recalled that when the Gelleys purchased their home in Washington Heights, he served as their real estate attorney. Although he was happy to do a pro bono favor for his rav, Rav Gelley insisted on paying him. For compensation, Bechhofer said he would like to study weekly with the rav. And thus began a longstanding chavrusah session studying the Maharal. Bechhofer laughs when he says he definitely got the better end of the deal.

Rabbi Avraham Gordimer, a KAJ congregant and chairman of OU Kosher’s Dairy Committee, remembers Rav Gelley as being “exceedingly warm, welcoming, and upbeat.” He added, “I would even say that he was downright ‘jolly’ in the best and most refined sense of the word. Rav Gelley’s sense of kavod ha’briyos was endless, as was his effort to greet everyone cheerfully.”

Rabbi Gordimer also appreciated Rav Gelley’s Sunday morning Gemara shiur. It was a high-level iyun presentation, he said, and masterfully thought out. At the same time, the rav had endless patience for attendee’s questions.

Another KAJ member, Mrs. Sarah Herbsman, said Rav and, yl”t, Rebbitzen Gelley made each person feel important. They would remember your name, things about you, and what you were going through. She also appreciated Rav Gelley’s derashos which always contained strong, deep and memorable content.

She also pointed to the regal personas of Rav and Rebbitzen Gelley – the way they carried themselves, the dignity they exuded (the British accents help). They, along with the sense of majesty that KAJ’s shul projects, help one relate to Hashem as the “melech.”

Rabbi Arye Kranz, a Gelley son-in-law, described his father-in-law as a “princely person.” He added: “He loved people, was very social, and was always interested in the needs of others. There was a real presence to him. One must also remember that Rav Gelley was a major-league talmid chacham and was a hands-on rav. He traveled to different places throughout the year to check out the kashrus for KAJ and was active in adjudicating dinei Torah.”

Rav Gelley stepped down from active involvement in the rabbinate several years ago due to poor health. The afternoon he passed away, a levaya was held in Lakewood outside Beth Medrash Govohah with the rosh yeshivah, Rav Malkiel Kotler, delivering a eulogy.

The kevurah took place in the KAJ section at the King Solomon cemetery in Clifton, New Jersey, where England’s Dayan Menachem Gelley delivered the final hesped. Rav Gelley was laid to rest next to his predecessors, Rav Shimon Schwab, zt”l, and Rav Joseph Breuer, zt”l. 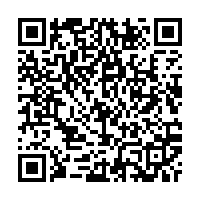