Pirkei DeRabbi Eliezer (21) traces the practice of burying the deceased to this week’s parshah:

“Adam and his partner were sitting, crying and mourning for him, and did not know what to do with Hevel as they were not accustomed to burying [the dead]. One raven, whose partner had died, took him, dug the earth before their eyes, and buried him. Adam said, ‘I will do as the raven did.’ Immediately, he took Hevel’s corpse, dug [a hole in] the ground, and buried him.”

The State of Israel currently faces a burial crisis. Each year, close to 40,000 Jews pass away in Israel. According to traditional burial standards, approximately 250 people can be buried on each dunam of land, which means up to 150-160 dunam (a little less than 40 acres) are required each year for burial.

Israel is not blessed with excess land reserves, and families are not interested in burying their relatives hours away in the Negev desert. How, therefore, should Israel confront this impending crisis?

The mitzvah of burying the dead appears in various places throughout the Torah and rabbinic literature. The Talmud (Sanhedrin 46b) derives a general obligation to bury the dead from Devarim 21:22-23 and debates whether the purpose is to provide atonement (kappara) or to avoid disgrace (bizyona) to the family or deceased.

The Ramban (Toras HaAdam) concludes, based on the Talmud, that those who pass away must be buried in the ground (despite the ancient practice of burial in coffins [Moed Katan 1:6]). The Shulchan Aruch (Yoreh De’ah 362:1) also states that burial in the ground is proper (yafa).

It is customary in Israel to bury people directly in the ground, but wooden coffins are used in many other countries. It is preferable, though, to make holes in the coffin if doing so is legal and in accordance with the custom of the community.

In this context, it is noteworthy to note an ancient tradition, tracing back to biblical times, of making every effort to be buried in the Land of Israel. Indeed, Sefer Bereishis concludes with both Yaakov and Yosef requesting that their bodies be taken from Egypt to Eretz Yisrael for burial.

Some contemporary authorities, though, criticize the growing phenomenon of requesting to be buried Eretz Yisrael. For example, R. Yosef Eliyahu Henkin (Teshuvos Ivra 86, 88:3) strongly criticizes the practice of ordinary people spending large sums of money on funeral arrangements, including burial in Israel, instead of giving money to charity or to support Torah study.

While we will not judge of merits of burial in Eretz Yisrael in this article, we should note that the burial of diaspora Jews in Israel further strains the country’s burial resources and deepens the imminent burial crisis.

Can Israel solve its burial problem by embracing cremation?

As far as we know, Jews have never cremated their deceased. Tacitus, a Roman historian in the first century CE, records: “[Jews] are wont to bury rather than to burn their dead.”

In the modern era, a practical and efficient means of cremation was first introduced in the 1870s by Professor Lodovico Brunetti of Padua. Within a few years, cremation facilities were opened in Germany and across Europe. To this day, cremation is viewed by many as a convenient, inexpensive, and environmentally-friendly alternative to burial.

But halachic authorities almost unanimously oppose cremation and even prohibit the interment of ashes in Jewish cemeteries. R. David Zvi Hoffmann (Melamed LeHo’il, Yoreh De’ah 2:114), for example, writes that cremation runs counter to the biblical obligation to bury the dead and is a form of desecrating the deceased (nivul hamet).

R. Avraham Yitzchak HaKohen Kook (Daas Kohen, YD 197) suggests that cremating a Jew may violate the prohibition of “following the ways of the gentiles” (chukos hagoyim). Some add that just as burial is an affirmation of the belief in the resurrection of the dead (techiyas hamesim), destroying the body through cremation may constitute a rejection of this fundamental principle (Beis Yitzḥak, Yoreh De’ah 1:155).

Cremation, therefore, is clearly not a solution to Israel’s burial crisis.

Since the mid-1990s, the Israeli government and burial societies have been aware of an impending burial crisis, and chevra kadishas have already begun offering burial alternatives. For example, in many cemeteries married couples are now buried on top of one another in the same plot (kevura zugis), usually separated by 60 cm.

Before the Holocaust, this practice was actually widespread throughout Eastern Europe for 500 years (Shulchan Aruch, Yoreh De’ah 362:4 and Bach 362, Ein Yitzchak 1:34, and Achiezer 9:79).

In addition, some cemeteries offer burial in niches carved out from mountain walls – known as kevuras Sanhedrin – with 3-5 plots usually in each vertical row. Others, like Jerusalem’s Har HaMenuchos, have built multi-floored “buildings” from cement and dirt, which provide additional burial space. (Har HaMenuchos is also currently constructing underground burial tunnels, intended to hold up to 22,000 graves.)

Although halachic authorities (Igros Moshe, Yoreh De’ah 3:143; Minchas Yitzchak 10:122) generally prohibit interment in a mausoleum – i.e., an above ground free-standing structure with burial compartments – Har HaMenuchos’s burial “buildings” were constructed in such a manner that they have the status of burial caves and received the approval of leading halachic authorities.

While these solutions push off the burial crisis, government agencies and rabbinic authorities continue to search for additional solutions.

In recent years, some have called for reinstituting the ancient practice of likut atzamos. In the time of the Mishnah, a two-stage burial process was practiced in Eretz Yisrael. The Yerushalmi (Moed Katan 1:5) states that remains were first placed in temporary graves (or a cave) and then, after the flesh decomposed, the bones were gathered and buried in a family plot (or stone box [ossuary]).

The Mishnah (Moed Katan 1:5) even cites a debate whether the day of re-interment is a day of rejoicing or mourning; in practice, it is a day of mourning, and therefore re-interment was not performed on Chol HaMoed. A later mishnah (Semachos 12:9) implies that likut atzamos was not only permitted, but standard. It is even described as an act of kindness (ibid. 5).

Medieval and modern poskim discuss re-intering a person for several reasons: for communal needs (tzarchei rabim), to be next to those of other family members (kevuras avosav), to be in Eretz Yisrael, etc. The Gesher HaChaim lists seven justifications in total for re-interment. The Shulchan Aruch (ibid. 4), for its part, rules explicitly that re-intering a person’s remains to a different place is permitted if doing so was intended at the original burial.

Rabbi Rafi Ostroff, head of the Gush Etzion Religious Council, has suggested that, due to the imminent burial crisis, the ancient practice of likut atzamos be reinstated (see Techumin 32). He writes that until it is accepted, individuals should perhaps request that their remains be gathered, that cemeteries provide areas for family plots, and that the country offer financial incentives to encourage likut atzamos.

Rabbi Ostroff is working towards implementing this practice in Gush Etzion, which could be the first place in Israel to offer this burial option. Of course, this practice would mark a radical departure from the current burial customs, and halachic authorities are generally very hesitant to tamper with established burial customs.

There is bound to be halachic discussion and debate regarding this proposal. 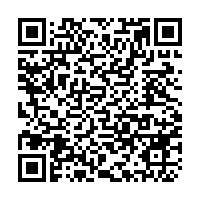