Taste is everything. If the taste of chametz has been absorbed into a cooking vessel, such a vessel may not be used on Pesach unless it undergoes koshering, the halachically prescribed way of expelling the flavor of forbidden food such as non-kosher foods, meat and milk mixtures or chametz on Pesach from utensils and restoring them for use.

The manner in which the utensil absorbs the forbidden flavor is the manner in which it must be kashered. Accordingly, utensils that have absorbed forbidden flavors while in direct contact with fire – such as spits, barbecue grills and baking tins – must be kashered by direct contact with fire until they become red hot. This process, which is the most powerful form of kashering, is known as libun.


Utensils that have absorbed forbidden flavors through water in which forbidden foods were cooked must be koshered by immersing them in a larger vessel, such as a cauldron containing boiling water. This process of kashering is known as hagalah. A vessel into which chametz was poured from a pot on the fire but was never directly on the flame itself, such as a cereal bowl or a spoon used to stir cereal in such bowl, is known as a keli sheni. A keli sheni can be kashered by pouring boiling water over it, without actually immersing it in the boiling cauldron. This process is known as irui.

Vessels that were used for cold foods or liquids are kashered by simply cleaning them out and washing them, a process known as shetifah. The kashering method can always be stepped up but can never be stepped down. Accordingly, as an alternative method to hagalah, one could kasher silverware or pots and pans by heating them with a blowtorch to a temperature hot enough to ignite straw, if it were placed on the heated surface. This process is known as libun kal. Similarly, as an alternative to irui, one could kasher a keli sheni by means of hagalah.

In practice, hagalah is also used for a keli sheni unless the utensil would be destroyed or damaged by the heat. Utensils made of wood, stone, marble, gold, silver, copper, lead, aluminum, steel, stainless steel and leather can all be kashered by the process of hagalah. Earthenware, china, porcelain or enamel utensils cannot be kashered at all.

Glass is controversial. According to one opinion, glass does not have to be kashered at all because its surface is so smooth that it cannot absorb any flavor. Another opinion maintains exactly the opposite. Glass cannot be kashered or used at all on Pesach because it is made of sand and halachically is considered earthenware.

With these principals in mind, what can we kasher in the kitchen? Plastic and nylon materials are the subjects of halachic debate. According to Rav Moshe Feinstein, synthetic materials made of chemical mixtures such as plastic and nylon cannot be kashered for Pesach. According to other opinions, plastic or nylon vessels may be kashered. This can be done either by the process of hagalah or, if that would damage the vessel, by the dual process of immersing it in hot water off the fire and then by the procedure of milui veirui. 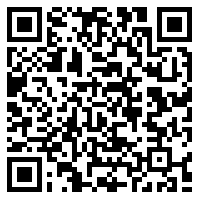