“On the first of Adar we announce about the shekels…. On the fifteenth, moneychangers would sit throughout the country.” – Mishnah Shekalim 1:1-3)

Moshe was dreaming in his sleep. He drifted into the future, hopefully near – into the era of the rebuilt Temple. As he wandered through the streets of Israel, he saw a person set up a booth and unfurl a sign: “Donate your machatzis hashekel (half-shekel) now!” People began lining up, forming a long line.

“Half a shekel!” exclaimed Moshe. “What can you do with half a shekel? And why are so many people running to donate?”

As he stood there, Rabbi Dayan passed by. He saw the sign and joined the line.

Moshe went over to him. “Excuse me Rabbi Dayan,” he said. “What is a machatzis hashekel?”

“The shekel was the primary silver currency in the Torah,” answered Rabbi Dayan. “It was equivalent to twenty gerah, a small, commonplace coin that was later called in rabbinic literature a ma’ah. At some point, the coins were made twenty percent larger, so that the shekel contained twenty-four ma’ah, rather than twenty. Machatzis hashekel is a coin half this size.” (Rambam, Hil. Shekalim 1:1-3)

“I learned about shekels in the Gemara,” said Moshe. “Is that the same shekel coin as in the Torah?”

“In rabbinic times, the shekel of the Torah was called a sela; it contained four dinar or zuz,” replied Rabbi Dayan. “The term ‘shekel‘ was utilized for a two dinar, i.e., half-sela coin, so that shekel in rabbinic literature is actually the half-shekel of the Torah.”

“Furthermore, the shekel of the Torah was made of pure silver,” continued Rabbi Dayan. “This is known in rabbinic literature as Tzori (from Tyre) currency. There was also a common currency made of an alloy containing only one-eighth silver. Accordingly, it was worth only one-eighth the value and known as medinah, or local, currency.” (See Kiddushin 11a-b)

“How large was the shekel coin?” asked Moshe.

“Based on rabbinic tradition, historical sources, and archeological finds it seems most likely that the shekel weighed fourteen to fifteen grams, slightly more than half an ounce,” replied Rabbi Dayan. “Some authorities estimate it at about nineteen grams, two-thirds of an ounce. This amount is relevant also for pidyon haben, redeeming the firstborn, which is five shekels of the Torah. The common practice is to follow stringent opinion of ninety-six grams of silver.” (Y.D. 305:1; E.H. 66:6)

“How much is the half-shekel worth nowadays?” asked Moshe.

“The value of silver, in comparison to other items, has dropped precipitously in the past few centuries,” replied Rabbi Dayan. “In the times of the Tanach, and even into the middle ages, silver was worth about a twelfth of the value of gold. A half-shekel represented about a half of an average month’s salary! The last time I checked, silver was worth only an eightieth of gold, at about 15 dollars an ounce, so that a half-shekel of silver is only about seven dollars and fifty cents.”

“The machatzis hashekel was collected yearly from every Jew to fund the expenses of the Beis HaMikdash, especially the public offerings, such as the daily offerings (korban tamid), musaf, and ketores,” replied Rabbi Dayan.

“The half-shekel was a minimum; but could be added to, in accordance with the expected budget. The Gemara teaches that in the early times of the second Temple, when there were few people, they collected an amount more than the half-shekel. The same will likely be now, with the relatively low value of silver.” (Rambam and Ra’avad, Hil. Shekalim 1:6) 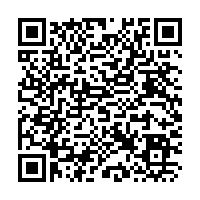