The students opened their Gemaras. “The last Mishnah (119a) discusses a very relevant and common issue in business halacha,” Rabbi Dayan continued. “Read the Mishnah quietly and see if you can figure out what the topic is.”


The students read the Mishnah. Rabbi Dayan turned to Menachem. “What do you say, Menachem?” he asked. “What is the theme of the Mishnah?”

“It talks all about launderers, tailors and carpenters; threads and wood shavings,” said Menachem. “How is that relevant?”

“Think beyond the specific examples discussed in the Mishnah,” Rabbi Dayan encouraged him. “What is the basic issue, the theme, of the Mishnah?”

“It seems to be about remnants,” Menachem answered. “If you hire a worker and there is material left over, to whom does the excess material belong?”

“Excellent, that’s exactly the topic of this last Mishnah,” confirmed Rabbi Dayan. “Before we begin learning the sugya, can anyone provide practical examples of this topic he may have encountered?”

“My parents recently had the bathroom retiled,” said Aharon. “The contractor who did the work charged the tiles directly to their card. There was almost half a box of tiles left.”

“My sister recently got married,” added Benny. “My mother choose a fabric with her at the seamstress, who then went and bought the amount of material she needed. There was a bag of fabric cuttings left.”

“My parents just redid the shingles on the roof,” piped up Chaim. “The contractor just used standard shingles and never really got into their cost. I think he took the extra shingles home.”

“We just had a carpenter build a wooden deck in our backyard,” added David. “We wanted the remaining wood for a tree house, but he only let us have the little pieces.”

“My mother bought fruit for a food-design workshop she gave at our house,” Ephraim said. “Each woman paid $8 for the fruit, and there was a lot of fruit left over. There was a whole discussion what to do with the remaining fruit.”

“We had a gardener lay sod,” Feivel chipped in, “and there were left over squares.”

“You’ve all pointed out how relevant this question is,” said Rabbi Dayan. “What do you think the halacha is? Who gets to keep the remainder – the worker or the employer?”

A big argument broke out in class. “Of course the remainder belongs to the employer,” said Aharon. “He paid for the material.”

“What are you talking about?” retorted Benny. “He agreed on a price for the job with the contractor. It’s not the employer’s business what the materials cost.” Other students joined the argument.

Rabbi Dayan quieted the students. “The answer to this question is very variable,” he said.

“What does it depend on?” asked Chaim.

“Our Mishnah provides some guidelines,” explained Rabbi Dayan. “When a person provides material to a tailor, the tailor can keep small remnants of fabric; large, usable, pieces belong to the employer. The same is true for someone who gave wood to a carpenter. When work is done at the employer’s premises, though, even small remnants are the employer’s.”

“What difference does that make?” asked David.

“When work is done there, the remnants are readily available to the employer, who might have some use even for small ones. Thus, the contractor cannot take any remnants without permission [SM”A 358:14]. Rashi explains, though, that the issue is not the premises per se, but is actually reflective of two kinds of workers. A contracted laborer [kablan] usually works at his own home or factory and is entitled to small remnants; a per diem worker usually works at the employer’s house, and is not entitled to anything.”

“Why did you the law is very variable?” asked Ephraim. “You’ve provided defined guidelines.”

“The specific details of this law depend on trade standards and vary from time to time, place to place, and case to case,” replied Rabbi Dayan. “The Shulchan Aruch summarizes as follows: Whatever the customer is particular about is his; what he is not particular about is the worker’s. In all of these kinds of issues we follow the common practice.” (C.M. 358:10-11) 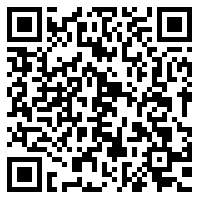