The following excerpts are from a recent speech I delivered in the Knesset.

I do so because slowly but surely, the nation of Israel is losing its grip on the Temple Mount. In practice, the sovereignty over the Temple Mount is being transferred to foreign hands, to the Muslim wakf in this case.

When I began to ascend the Temple Mount I noticed that at its southern edge, next to the Al-Aqsa Mosque, there was a huge heap of unusual wood, huge beams cut square, about 40 or 50 meters long. It wasn’t clear to me what those beams were doing there.

After some time, I understood that I wasn’t the first person whose curiosity was piqued by the pile of beams. The beams were taken out of the Al-Aqsa Mosque sometime during the 1960s. A sample of those beams was taken for a carbon 14 test in order to determine their age, and for a botanical test to determine what type of wood they were. And so, honorable chairwoman, because you are involved with Israel’s heritage, I am sure that you and all those present here will tremble when you will hear what that pile of beams was.

According to the botanical examination, all the beams, without exception, were of cedar wood. They were dated as being 3,500 years old. And so, honorable chairwoman, I ask you as someone who understands Israel’s heritage, what were those beams? What are those beams?

[Chairwoman replies: But I thought that the First Temple, made of cedars, was burned.]

It turns out that not everything was burned. Hiram, the king of Tzor, in the Book of Kings, sends cedar trees to our King Solomon – huge cedar trees, to build the First Temple. And so, honorable chairwoman, we are looking at a huge pile of wood from the First Temple. Fellow Knesset members, the First Temple is sitting at our feet on the Temple Mount today. What do you have to say about that?

You know, quite a few years ago, a 2,000-year-old boat was found in the depths of the Sea of Galilee. A special museum, dedicated to that boat, was built near Kibbutz Ginosar. They called it “the boat of Jesus.”

What do you think should have been done with the wood that was scientifically proven to be the trees sent by Hiram, king of Tzor, to our King Solomon to build the Temple, as described in the Book of Kings? What should have been done with it? What a museum we should have built! What a memorial site we should have erected to house the very foundations of our nation, of the Holy Temple! After all, that is what we are here for. What kept us strong over all the years? What do we exist for? What preserved our connection to the land, made us preserve our national identity? We preserved our identity over all the years, our longing to return to the land of Israel. What if not the Holy Temple? And here it is, sitting before us!

And so, ladies and gentlemen, no museum – not even a small sign. It is not ours; it is the Arabs’. It belongs to the wakf. Slowly but surely, every month that I went to the Temple Mount, the pile got smaller. It was taken from place to place, dispersed between all sorts of garbage dumps – until it disappeared. All that are left are two or three beams that are currently thrown at the entrance of the Gate of Mercy. And do you think that this is the only such instance? Not at all!

During Ehud Barak’s term as prime minister of Israel, the Moslem wakf began to dig the largest mosque in the Middle East – in the depths of the Temple Mount. Because we dare not eternalize, let alone dig and make an archeological investigation of what is going on there, many tens – if not more – of truckloads of supremely archeological earth, if I can call it such, were dumped into the Kidron Valley. Today, in a project in which that earth is being combed through, they are finding relics of the First and Second Temples, which were dumped in the garbage.

What does this say about us, a nation that turns its back on the very bedrock of its deepest physical and spiritual existence? We sit here in the Israeli Knesset in Jerusalem. What does all this mean when we throw our very foundations in every direction?

I think that this is a national issue of prime importance. I do not think that it should be deliberated upon in a Knesset committee, but in the Knesset plenum. I request an authorization for a deliberation on this issue here in the plenum. Thank you. 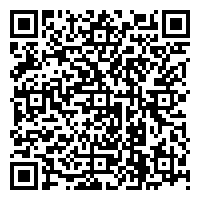