During the summer, Chaim Segal worked as a counselor. At the end of the season, the camp director distributed salary checks to the staff.


“I can’t find the check,” Chaim said to his parents.

“Where did you put it?” his mother asked.

“I put it in my pocket,” Chaim replied.

“Finish unpacking,” his mother suggested. “Maybe it will turn up.”

Chaim finished unpacking, but did not find the check. He emptied all his pockets and his wallet once more, but still could not find it.

“I looked everywhere,” Chaim said, “but can’t find the check. What should I do now?”

“Call the camp office and tell them that your check is lost,” Chaim’s father said. “Have them put a stop on the check and ask them to issue a new one.”

Chaim called the camp office. “This is Chaim Segal,” he said. “I worked this past summer as a counselor, but can’t find my check. I’d like to ask that you place a stop on the check and issue a new one.”

“I’ll speak with the director,” the secretary said. “I’m jotting down your name.”

“Chaim Segal lost his check,” the secretary said to the director. “He’d like us to stop the check and issue a new one.”

“I hate when this happens,” said the director. “There are fees for stopping the check and it messes up the books. I feel that once we gave him the check, we fulfilled our responsibility. If he’s careless and loses the check – that’s his problem!”

The director picked up the phone to Rabbi Dayan. “One of our counselors lost his check,” he said. “Do we have to issue a new one or is it his loss?”

“There is a difference between cash payment and a check,” replied Rabbi Dayan. “When the employer pays cash, or makes an automatic deposit, he has completely fulfilled his responsibility to his employee. If the employee subsequently loses the money, it’s his loss.”

“What about the stop-check fee or other administrative costs in issuing a new check?” asked the camp director.

“You can demand that the employee cover these costs,” replied Rabbi Dayan. “Since you gave the check as agreed, you are not required to suffer any additional associated costs. This is true even the check was not lost through the employee’s negligence.”

“What if the employee neglected to deposit the check for six months, past its expiration?” asked the director.

“The rules would be the same,” replied Rabbi Dayan.

“And if the employee transferred the check to a third party?” asked the director. “For example, if he gave it to someone he owed, but it was never cashed.”

“In this case, since the employee received its value, the employer would not have to give him another check,” replied Rabbi Dayan. “However, he would have to issue a new check to the third party, who took legal possession of the check.” (See Pischei Teshuvah C.M. 54:2; Minchas Yitzchak 5:119-120; 7:131) 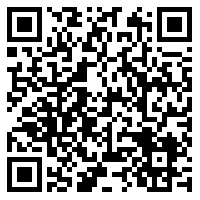