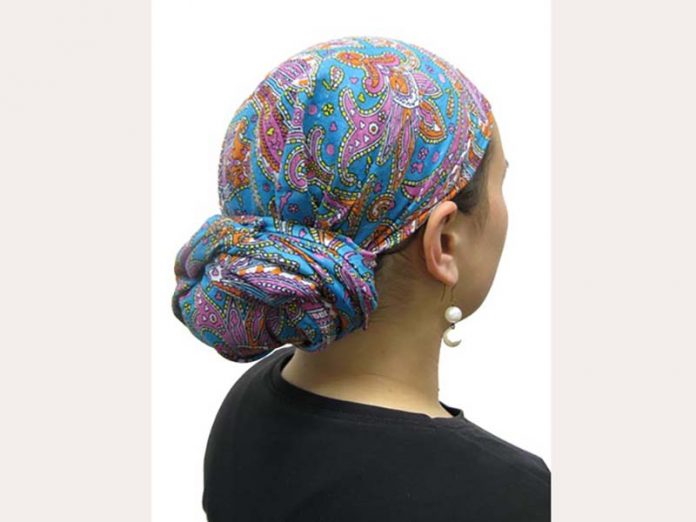 Can hair serve to conceal hair? This question has been hotly contested in Jewish legal discourse since the 16th century when some married women began using wigs as their halachically-mandated hair covering (see Otzar ha-Poskim on Even Ha-‘Ezer 21:2, notes 24:5-8).

The debate has continued until the present day. Some communities and rabbis cling tenaciously to the stance that wigs are forbidden while others permit or even prefer them. I will analyze both positions and then suggest an alternate one: that the sheitel is halachically permissible but ideally should not be worn in the 21st century.


Those who categorically proscribe sheitels base their position on the Talmud (Ketubot 72b), which states that while according to biblical law, even a minimal type of head covering (kaltah) suffices, Jewish norms of modesty (dat Yehudit) demand a more substantial covering in public. A wig, which looks like no covering at all, is surely no better than a token covering (kaltah); thus – these authorities argue – it should be forbidden under the rubric of dat Yehudit (see also Yerushalmi, Ketubot 7:6 and the interpretation of Musaf He’Aruch).

The difficulty with this approach is as follows: According to many authorities, dat Yehudit is not an unchanging rabbinic decree; it simply requires women to cover their hair in a manner consistent with Jewish societal norms in their time and place (Shulchan Aruch Even Ha’Ezer 115:4, following the Rambam). Since all Jewish women in ancient times apparently covered their hair in public with cloth coverings, dat Yehudit would have forbidden sheitels. Nowadays, however, dat Yehudit would sanction their use in communities that accept them.

Granted, other commentators interpret dat Yehudit as a fixed rabbinic enactment not subject to local custom (see Responsa Bnei Banim 3:22), but these poskim generally hold that dat Yehudit simply legislates that all the hair be covered with a garment (Shitah Mekubetzet, Ketubot 72b). Thus, a sheitel that completely conceals a woman’s natural hair should be permitted even according to this latter interpretation of dat Yehudit.

Many authorities, however, raise an additional concern with wearing wigs: mar’it ayin (the appearance of impropriety). One might suspect that a wig-wearing woman is not covering her hair, and since halacha deems a married woman’s hair to be ervah (nakedness, Berachot 24b), it should be intrinsically immodest even to give this impression.

Those authorities who permit wigs counter with the following arguments: mar’it ayin was only a concern when all married Jewish women covered their hair with a cloth covering. At that time, even the illusion of a bareheaded woman would have aroused suspicion. But today, everyone is quite used to bewigged women and will not suspect a married woman wearing a sheitel of walking around bareheaded (Responsa Iggerot Moshe Even Ha-‘Ezer 2:12).

As for the issue of ervah, the fact that unmarried women are not obliged to cover their heads indicates that hair is not intrinsically lascivious (cf. Aruch HaShulchan Orach Chayim 75:7). Thus, a married woman need not be concerned about appearing bareheaded; she must only fulfill the technical requirement that Jewish married women cover their natural hair. (It goes without saying, though, that a sheitel may not be totally indistinguishable from real hair. It must also certainly adhere to the general Jewish value of tzniut and be coiffed in a modest and refined style.)

The halachic arguments to forbid sheitels, at least nowadays, are tenuous – indeed, the fact that observant women have overwhelmingly accepted sheitels as legitimate head coverings indicates strongly that those who strenuously oppose them are on the wrong side of the debate. Our Sages tell us that if the Jewish people are not prophets, they are the descendants of prophets, and if one is uncertain about the halacha, one can trust the nation to be doing the right thing (Yerushalmi, Shabbat 19:1 and Bavli, Brachot 45a). This principle should especially apply to the laws of hair covering, which are fundamentally rooted in the practice of pious Jewish women.

Nevertheless, many contemporary poskim encourage women to avoid sheitels whenever possible, and instead wear hats, tichels, or snoods. The logic behind this position is very intuitive: Even if a sheitel is halachically permissible, wearing a cloth covering surely reflects a higher level of modesty. Why, then, do other authorities prefer sheitels?

For one, most of these authorities maintain that a married woman must cover every single strand of hair (see Zohar, Naso 125b and Otzar HaPoskim to Even HaEzer 21:2, notes 24:2-3), and, in their assessment, a wig accomplishes this task best. It is counterproductive for a woman to be stringent and wear only cloth coverings, they say, because something much worse is likely to result: some of her natural hair might protrude (Responsa Teshuvot Ve-Hanhagot 1:62).

This argument, however, is hard to accept since a great many Jewish women manage to cover their hair completely with kerchiefs. Furthermore, the assertion that even the tiniest amount of hair cannot be exposed is questionable, as the Rishonim already acknowledge that a small quantity of hair generally pokes out of a woman’s headgear (Rashba, Berachot 24b).

Famously, the Lubavitcher Rebbe advanced an additional reason for preferring sheitels: Wearing a head covering is generally not socially acceptable in secular society. Thus, a Jewish woman living in a Western country will feel more comfortable covering her hair in public if she wears a wig. Wearing a cloth covering could make her feel awkward in certain social situations, and she might be tempted to remove it.

While one can debate whether such a capitulation to non-Jewish mores at any time is proper, the Lubavitcher Rebbe’s advice is probably no longer relevant. First of all, the Orthodox community has much more self-confidence than it did even a few decades ago. It is proud to be different. Second, American society is much more accepting of unique clothing choices. In the past, a kerchief-wearing woman might not have gotten a job in an American office. Today, one sees Muslim women in the American workforce proudly clad in headscarves.

Even if it may have once applied in the U.S., the Lubavitcher Rebbe’s advice never applied in Israel. In a majority-Jewish country, the job of the Orthodox community is to steer society as a whole towards Torah values. In a Torah culture, all married women cover their hair, so it is unnecessary and even inappropriate, it would seem, to circumvent the halachic ideal by wearing wigs. If we long for a unified, Torah-observant Jewish people, we cannot continue to adopt a mentality that takes diasporic norms and fashions into serious consideration.

Both in Israel and elsewhere, there is one community in particular whose continued attachment to the sheitel is perplexing: the Litvish yeshiva world. This group takes pride in isolating itself from secular culture and adopting halachic stringencies. One would expect, therefore, that it would be the first to reject sheitels. In actuality, though, many yeshivish people look askance at those who insist that married women only wear cloth coverings. Why?

The yeshivish preference for wigs might have to do with the fact that in recent history, many Orthodox women did not cover their hair at all. At that time, sheitels became associated with those pious women who covered their hair at all times, as opposed to others who donned hats for religious functions only. Thus, the sheitel came to be thought of as the mark of a scrupulously observant woman.

Furthermore, the charedi world generally places a greater emphasis on the importance of dressing formally (for both men and women), as they view doing so as a religiously significant mark of refinement. Of course, what constitutes dignified dress is subjective, and Western social norms influence us. Thus, charedi women generally eschew ankle-length skirts as overly casual, although these are objectively more modest than skirts that reach just below the knee (see R. Pesach Eliyahu Falk, Modesty: An Adornment for Life, pp. 306-308). The inclination to choose wigs can similarly be attributed to the fact that Western culture generally considers women more presentable when they are (or look) bareheaded.

Nevertheless, there is no denying that preferring sheitels is incongruous with the fact that frum Jews nowadays are much more likely to avoid leniencies and workarounds than they once were. In the last century or so, for example, it was the norm for non-chassidic observant men in Western countries to be clean-shaven. Today, many grow a beard (especially after marriage). They don’t necessarily do so because they are concerned with the halachic legitimacy of electric shavers (although some undoubtedly are), but because they recognize that the time has come to return to the traditional (one could even go so far as to say “authentic”) visage of the Jewish man: bearded.

Another example is mechirat chametz: Many Jews today choose to get rid of their chametz before Pesach rather than conducting the traditional controversial sale, partly because of halachic objections but partly because of discomfort with “circumventing” the law.

The contemporary Jewish world’s approach toward wearing a sheitel has clearly lagged behind its attitude toward other areas of religious practice, where it tends to display greater sensitivity to the spirit of the law. It’s true that there is a strong halachic basis for married women to wear wigs nowadays. But just because something is permissible doesn’t mean it’s advisable. While it would be unreasonable (and halachically unnecessary) to expect all women to immediately cease wearing sheitels, the frum community would do well to consider whether the continued use of sheitels reflects the spiritual direction in which it wishes to head. 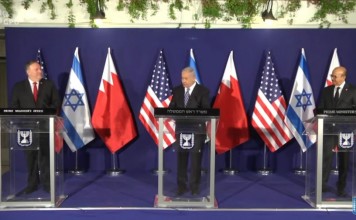 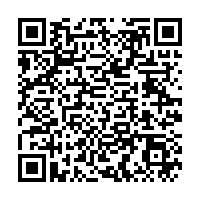