My father-in-law, a successful businessman with a law degree, would say that he studied the law in order to stay out of the courts.

What is the purpose of the law courts? Is it to dispense perfect justice or is it to restore peace between the litigants?

The debate is ancient.

Rabbi Eliezer maintains that the goal of the bet din (Jewish court of law) is to achieve perfect justice at all costs – yikov hadin et hahar. There is no place for compromise in court, argues Rabbi Eliezer. Any judge who brokers a compromise is a sinner.

The halacha is in accordance with the opinion of Rabbi Yehoshua. A judge must open the proceedings by urging the litigants to settle the dispute by way of compromise.

But in order to be effective, the compromise must be done in the proper halachic way. In essence, a compromise is a sale. Each party is selling to the other the right to perfect justice in return for a quick, inexpensive, and peaceful solution. Like any other sale in Jewish law, this one too must be perfected by a ma’aseh kinyan, an overt act, that gives tangible expression to the mental decision to transfer property or other rights.

A ma’aseh kinyan needed to effect a compromise can take the form of a kinyan sudar, a legal form of symbolic acquisition, performed by the transfer of some article, such as a handkerchief, between the litigants. The ma’aseh kinyan can also be done by means of a shta’ar, an unconditional promissory note, or other undertaking, or admission written by each litigant in favor of the other, in the presence of attesting witnesses. A compromise written in the form of a conditional promise, however, such as “I will abandon my claim if you pay me $50,000” is not deemed a shta’ar and is ineffective unless accompanied by a ma’aseh kinyan, such as a kinyan sudar.

Why, one might ask, is a compromise compared to a sale and not to a waiver? A waiver does not require a ma’aseh kinyan. Rav Ovadia Yosef explains that a waiver is an entirely voluntary act initiated by the person himself outside the context of litigation. A compromise, however, is initiated by the court within the context of litigation. Accordingly, the litigant may feel pressurized into agreeing to the compromise. A ma’aseh kinyan is therefore required to strengthen his resolve.

According to the Aruch Hashulchan, a compromise can be enforced if the litigants shook hands on it, even though shaking hands is not a ma’aseh kinyan.

Like secular law, the halacha accepts that every person has the right to his day in court and nobody can be forced to compromise. But the halacha also realizes that a day in court could turn into months or years and become a crippling financial burden. And at the end of the day, human courts are a lottery, because infallible justice belongs to God. So compromise is not a bad deal. 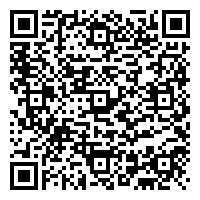