At the end of this week’s parsha we learn of the momentous event, Akeidas Yitzchak. Hashem had commanded Avraham to offer his son Yitzchak as a korban, and he obeyed. We learn that upon discovering that her son was to be slaughtered, Sarah Imenu died from the shocking news.

Something that we must understand about this episode is how Avraham Avinu was able to withstand the news that his son would be slaughtered while Sarah could not. Rashi tells us that Sarah was even greater than Avraham in Nevuah, so why could she not bear this news.

The answer I believe is because Hashem broke it to him slowly. Hashem first said, “Kach na es bincha,” to which Avraham said I have two sons. Then Hashem responded “Es yechidcha,” to which Avraham replied that they are both meyuchad to their mothers. Hashem then said “Asher ahavta,” and Avraham said that he loves them both. Then Hashem finally said, “Es Yitzchok.” Hashem did not command him upfront to take Yitzchak and slaughter him. Those extra few moments gave Avraham the ability to adapt to the situation, and remove the initial shock of the news.

Human nature is subject to the element of shock. As we see from the above episode, it can be very detrimental. However, this aspect of our make up can be utilized for virtuous qualities as well.

We will soon learn of the episode where the Shevatim were en route to burry Yaakov Avinu, when Eisav confronted them. After debating with him, Naftali was dispatched to Metzrayim to fetch the document that Eisav had sold his plot to Yaakov. The Gemara tells us that Chushim ben Dan was deaf. He did not hear any of the discourse. When he inquired as to why his grandfather was not being buried they explained to him that Eisav was preventing it.

Immediately he took action and knocked off Eisav’s head. Why was it only Chushim who felt that Yaakov should not be left in a bezayon? Why didn’t this affect any of the other Shevatim? The answer is they had time to adapt to their situation. Once someone adapts to his environment the passion is lost. Chushim who had not heard any of the conversation and had only first heard the news now, had a fire burning inside of him more than anyone else. That is why he was the one to take action.

The media today tries to take advantage of this aspect of human nature by making stories sound sensational and as introducing it as breaking news. We have to be able to see through the mirage and not be washed away in the strong current of biased opinions.

This week we were introduced to the long awaited indictments of the Mueller investigation. President Trump’s former campaign manager, Paul Manafort, and his assistant were indicted for money laundering and conspiracy. This was coupled with the breaking news that another former aide pled guilty to a false statement. Wow! Ow boy, so there was Russian collusion. The president is in fact illegitimate. Or, perhaps we should analyze the information given to us a bit more clearly.

The charges against Paul Manafort are for alleged activities that occurred long before president Trump began is candidacy. How could this have anything to do with Mr. Trump? And the aide pled guilty to falsifying a statement on October 5th almost a month prior to its debut. Why was the news of his guilty plea withheld until now? It is because alone it really doesn’t account for anything. As many legal experts have classified it, it is the low hanging fruit. If someone makes one false statement to the investigator they can bring a charge (unless your last name is Clinton). So, they (the nonpartisan special counsel) withheld the news of the guilty plea until it could be bundled with something more sensational.

Yet, the charges they combined it with don’t have anything to do with Mr. Trump either. But together the media built a dramatic breaking news story intended to lead one to conclude the presidency was stolen.

The real news story here is actually not being told. Reading between the lines of this week’s revelations, one will realize that after months of an extensive and open budgeted investigation, they still do not have any evidence of the crime Mr. Mueller was hired to investigate: Russian collusion. While it is most certainly Mr. Mueller’s intention to try to pressure those indicted to give him more information, he does not have any proof to suggest collusion.

We must learn not to be fooled by the sensational theatrical news stories that are intended to shape opinions, instead of being simply informative. Rav Moshe Shmuel Shapiro zt”l writes that the main focus of the Brisker Rav’s chinuch for his children was to strengthen them not to be blown away by anything. This way when one is faced with a difficult situation nothing will stand in his way of following the halacha. No one is too great to disagree with, and nothing is too difficult to accomplish. It should not matter what other people say or do no matter how reputable they are. If it is wrong it is wrong.

This applicable lesson we learn from the Akeida has the ability to save one from the liberal media and from their director the yetzer hara himself as well. 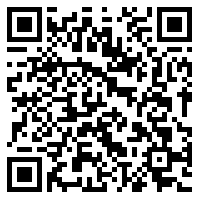