During the summer, many wish to eat the Shabbat evening meal well before dark. To accommodate them, many shuls offer early Friday evening services. Some daven Mincha right before plag ha’mincha (1¼ halachic hours before sunset) and immediately thereafter recite Kabbalat Shabbat and Maariv. Others begin Mincha at a set time all summer long – often 7:00. Are both options halachically valid?


To better understand this issue, we must first examine the source for making “early Shabbat.” The Mishnah records a disagreement pertaining to the latest time one can daven Mincha on any day – not just Friday (Berachot 4:1). R. Yehudah says one must pray before plag ha’mincha, but the Sages say the deadline is “ha’erev” (evening). (Poskim disagree whether “evening” in this context means sunset or nightfall.)

The Talmud Bavli explains that the cutoff point for Mincha also constitutes the earliest time one can say Maariv (Berachot 27a). Thus, R. Yehudah permits reciting Maariv after plag ha’mincha even on weekdays, whereas the Sages forbid praying before “evening” even on Friday night. The Talmud permits one to follow either opinion.

When making early Shabbat, one davens Maariv before “evening,” following the opinion of R. Yehudah. Seemingly, then, one must daven Mincha on Friday before plag. (Indeed, some rule that one who sometimes wishes to daven Shabbat Maariv early may never daven Mincha after plag [e.g. Rashba, Berachot 27a, Ma‘aseh Rav 65 and 115], but this opinion is not generally accepted [Mishnah Berurah 267:3]).

In a fixed-time minyan, however, one usually prays Mincha after plag but Maariv before evening. In other words, one is simultaneously following the leniencies of both Rabbi Yehudah and the Sages, which would appear to be self-contradictory (tartei de’satrei). Hence the opposition to fixed-time minyanim.

Many Jews historically, however, have held such “self-contradictory” prayer services (even on weekdays; see Tosafot, Berachot 2a, s.v. “me’eimatai”). Recent studies note that no less a source than the Talmud Yerushalmi seems to permit these services (Berachot 4:1; see the commentary Or LaYesharim, p. 343).

According to the Yerushalmi, davening Maariv early has nothing to do with R. Yehudah’s opinion regarding the cutoff point for Mincha. Rather, since Maariv is theoretically a voluntary prayer (although we treat it as obligatory), its timing is flexible. The Rambam appears to follow the Yerushalmi’s position on this issue (Hilchot Tefillah 3:7).

But even if the fixed-time minyan is justifiable, it seems that one should ideally favor davening at plag. Is there any downside to doing so?

Many authorities would actually answer in the affirmative. The generally accepted approach nowadays is to determine plag by subtracting 1¼ halachic hours from the time of sunset. Many poskim, however, rule that plag is actually 1¼ halachic hours before nightfall (see Hilchot Shabbat BeShabbat, ch. 6 notes 12 and 14). Thus, one who davens at a contemporary plag minyan might actually be reciting Maariv too early (reciting the berachot of Kri’at Shema too early is potentially even more problematic than the Amidah since they explicitly reference darkness falling).

While the common practice certainly has a strong halachic basis, one could argue that making sure to daven Maariv in the correct timeframe trumps the concern of tartei de’satrei. (In theory, one could schedule early Shabbat services straddling the later plag, but doing so runs into certain challenges that are beyond the scope of this article; in any event, this wouldn’t solve the problem of tartei de’satrei for those who maintain that plag is earlier.)

There is also an ancillary benefit to services scheduled later than the normative plag ha’mincha. While the simple reading of the Talmud indicates that one may recite Kiddush any time after plag, a minority opinion exists – held by some very early and weighty authorities – that one should wait until after sunset to do so (Otzar HaGeonim, Berachot 27, but see Tzlach, Pesachim 105a), or at least until shortly before sunset (Rambam, Hilchot Shabbat 29:11). When one davens at a fixed-time minyan, one will generally arrive home later than if one prays at plag and will thus be in a better position to accommodate these opinions.

In a similar vein, many poskim recommend eating some of the Friday night meal after nightfall (Mishnah Berurah 267:5), and one is more likely to wind up doing so if one begins the se’udah after having attended a fixed-time minyan. (When davening at a plag minyan, however, one will likely run into fewer problems regarding beginning the Shabbat meal before saying the nighttime Shema [see Mishnah Berurah 267:6].)

A practical downside of the plag minyan is the hardship it involves for those who live alone. Plag ha’mincha is the earliest time one can light Shabbat candles (Shulchan Aruch, Orach Chayim 263:4). Thus, people without someone at home to light on their behalf would need to come to shul for Mincha (before plag), run home to light, then speed back to shul for Maariv (but see Responsa Eretz Tzvi 113).

It would obviously be much easier if these individuals could light right after plag and then come to Mincha. (In my shul, the normal time for Friday night services in the summer is 7:00 p.m. But on weeks when plag is very late [it gets as late at 6:58 in New York], we delay the start of Mincha to allow those who live alone to light before services.)

Both the plag minyan and the fixed-time minyan involve halachic tradeoffs. Each rabbi should choose the approach he finds more compelling and schedule services at his shul accordingly; the same applies to someone deciding which minyan in his neighborhood to attend. (Of course, those affiliated with a particular community with only one Friday evening minyan should attend it.)

It should be noted that one can circumvent (almost) all halachic difficulties by praying at a Mincha minyan early in the afternoon and then davening Maariv at a fixed-time minyan, but this solution is impractical for most people. 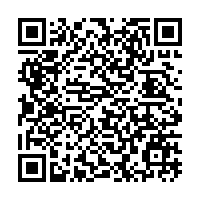