Although the Get ceremony ideally should be conducted with the husband and wife in the same room, sometimes circumstances prevent them from both being in the same place when the Get is given. This may occur when a spouse lives overseas, is incarcerated, or when the presence of both spouses in the room may jeopardize the consummation of the Get.

In such cases, the husband may appoint an agent to deliver the Get to his wife, wherever she may be. Such an agent is known as a shaliach leholachah. The agent must be appointed by the husband before a court of three members in the presence of four witnesses. Two of these witnesses attest to the appointment of the agent and the other two witnesses attest to the writing and signing of the Get and its delivery to the agent.


After the officiating rabbi asks all of the questions to ensure the requirements for a valid Get are fulfilled, and after the Get is written by the scribe and signed by the witnesses in the presence of the husband, all as previously described, the husband delivers the Get to the agent in the presence of the members of the court and the four witnesses, with instructions to deliver it to his wife.

Following delivery of the Get to the agent, a proxy is written in court appointing the agent as a shaliach leholachah. The two witnesses who attest to the appointment of the agent sign the proxy and in turn the three members of the court affix their signatures.

The agent then travels with the Get and the written proxy to the bet din where the wife resides and delivers the Get to the wife in the presence of two witnesses. When delivering the Get, the agent tells the wife he is delivering it in the name of her husband and that this permits her to marry another man. The wife may not, however, marry the agent who delivered the Get.

Finally, if the wife does not want to be personally involved in the Get ceremony, she can appoint an agent to accept the Get. Such an agent is called a shaliach lekabalah.

The Get ceremony can be conducted between the two properly appointed agents on behalf of husband and wife respectively. Then, as soon as the shaliach lekabalah receives the Get from the shaliach leholachah in bet din in the presence of two witnesses, the divorce takes effect. 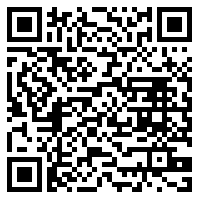