Two weeks ago, a grand jury issued a report accusing the Bishop and other leaders of the Roman Catholic Church in Pennsylvania of covering up child sexual abuse of over 1,000 victims by more than 300 priests over a period of 70 years.

Unfortunately, news of this scandal is hardly surprising. It also reminds us of the problem of people not reporting or taking steps to stop, or prevent, such abuse. Indeed, those who work in social services and law enforcement often express amazement that religious communities often seem to express more concern for the welfare of abusers than victims – a true chillul Hashem.

But why don’t people report abuse?

Some people are not properly trained to recognize different forms of abuse and some may not view certain actions as abusive. Victims, for their part, are often inclined to remain silent due to embarrassment, concern that they will not be believed, or fear of the potential impact on their personal life, family, and community. There is, however, another factor: Some feel bound by halacha not to discuss or report abuse. Are they correct?

The Fear of Speaking Ill of Others

The first step to preventing further abuse is reporting inappropriate behavior. Secrecy enables abuse to continue and even empowers the perpetrators. Therefore, an individual’s hesitance and a community’s unwillingness to discuss abuse not only hinders the prevention of such behavior but even creates an environment in which offenders fearlessly target their prey. But is it lashon hara, rechilut, or motzi shem ra to do so?

Some Rishonim write that one may speak lashon hara to prevent potential damage or injury. For example, the Sefer HaChinuch (236) writes that the prohibition is not relevant if one’s “intention is to remove the threat of damage and resolve a conflict.” Similarly, Rabbeinu Yona (Shaarei Teshuva, 3:221; see also Rambam, Hilchos Rotze’ah UShmirat Nefesh 1:14) writes that “incidents between man and his neighbor, such as those involving theft, robbery, damage, and the causing of pain, shaming, and wronging with words, may be revealed to others.”

Interestingly, some suggest that the juxtaposition of “Thou shalt not go about as a talebearer among thy people” and “neither shalt thou stand idly by the blood of thy neighbor” in Leviticus 19:16 indicates that the first part of the verse is conditional on the second part. The Chizkuni writes that “ ‘You shall not go about as a talebearer,’ but if you hear a conspiracy to kill your friend, ‘neither shall though stand idly.’ Rather, you should tell him of the conspiracy.” R. Naftali Tzvi Yehuda Berlin echoes this sentiment in his HaAmek Davar (on Leviticus 19:16).

R. Yisrael Isser Isserlin (Pithei Teshuva, Orach Chayim 156) similarly writes: “I want to protest about the even greater and more common sin of refraining from speaking negatively when it is necessary to save someone from being harmed.” R. Isserlin argues that one should always be concerned about the impact of not relating such lashon hara.

The Chafetz Chaim codifies this principle in numerous places in his two works on lashon hara, explicitly permitting discussing another person’s negative behavior to assist an injured party, and certainly to prevent future injury.

Regarding sexual abuse, experience has taught us that perpetrators are likely to repeat their behavior, and there is usually no other means of prevention aside from involving social services and/or law enforcement authorities. Therefore, since the purpose of relaying information relating to sexual abuse is constructive, there is absolutely no prohibition of lashon hara.

In addition to the concern of lashon hara, some people hesitate to report sexual abuse due to the prohibition of mesirah – reporting or turning over a fellow Jew to secular authorities (see Bava Kama 117a). Is this concern valid?

The prohibition of mesirah is severe. The Rosh (Responsa 17:1) writes: “Once [the money of a Jew] falls into the hands of a non-Jew, he will not have mercy on him, and he will take a little today, and tomorrow he will take all of it, and eventually they will [threaten] to kill him until he confesses that he has more money, and he is [therefore] considered to be a rodef, and one may save the life [of the Jew] with the life [of the pursuer].” The Rambam (Hilchos Chovel U’Mazik 8:10-11) also views an informant as a pursuant.

Contemporary authorities disagree whether this prohibition applies nowadays in countries with fair judicial systems not motivated by anti-Semitism. Even if the prohibition does apply, though, one is still obligated to report those who pose a threat to others. Included in this category are armed robbers, sexual predators, those likely to commit murder, those who commit medical malpractice, and even those who may drive in a manner that endangers innocent bystanders.

Numerous Achronim, including the Sema (399:30) and Shach (399:45), rule accordingly; the latter even writes that one must report and testify in secular court against one who is “ragil lehakot” (a repeat physical abuser).

Therefore, R. Gedalia Schwartz, the former rabbinic head (av beit din) of the Beit Din of America, insists that when “a child who is in imminent danger of further bodily harm or of serious mental trauma…the proper authorities must be notified in order to protect the victim” (R. Gedalia Dov, “The Abused Child – Halakhic Insights,” Ten Da’at, 2:3).

In addition, the Rabbinical Council of America (RCA) published a statement asserting that “any individual with firsthand knowledge or reasonable basis to suspect child abuse has a religious obligation to promptly notify the secular law enforcement of that information.”

Agudath Israel also ruled that authorities may be contacted to prevent further abuse. It insists, though, that a halachic authority be consulted to determine that there are indeed sufficient grounds to warrant turning to the authorities.

In sum, the overwhelming consensus is that when necessary, one must not hesitate; one must inform the authorities in order to prevent further abuse.

Of course, we should not be careless in risking the livelihood and reputation of good, upstanding people. The collateral damage caused by relating sexual abuse, including the impact on the survivor, his or her family, educational institutions, and, more specifically, innocent people, should always be weighed. However, it is crucial to dispel the deeply-held view that relating sexual abuse to one’s family, teachers, therapists, employers, or secular authorities is prohibited due to the restrictions of lashon hara and mesirah.

Some fear that taking action to prevent sexual abuse may cause a chillul Hashem. But communal silence regarding physical and sexual abuse is itself a grave desecration of God’s name and brings shame upon the entire community. This phenomenon causes many to lose trust in the community, its leadership, and, ultimately, God.

Modern society understands that sexual offenders exist in all societies, and a healthy and morally-upright community takes pride in revealing sexual abuse and protecting its members from further injury. The Torah’s command not to “stand on the blood of your neighbor” dictates that the prohibitions of lashon hara and mesirah, which are so deeply entrenched in the Jewish consciousness formed over thousands of years of exile, must be set aside in order to stop and prevent further abuse. 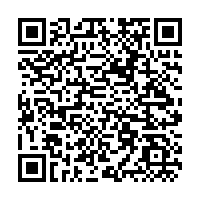