Discussed in this article:

Preparing for Yom Kippur:
• It is a positive commandment from the Torah to do Teshuva to Hashem via confession (vidui) of the things we have done wrong and express regret. We should also take upon ourselves never to commit the sin again (דברים ל’, רמב”ם הל’ תשובה).
• For Mitzvot that are Ben Adam LeMakom, you have to confess to Hashem and not to detail your wrongdoings to other people (יומא פו:). For Mitzvot that are Ben Adam LeChavero, you must confess and apologize to the person you have wronged as well as confess and apologize to Hashem.
• If you have hurt your friend and your friend is unaware, for example, you spoke Lashon Hara about him, if the friend will not be hurt any further by knowing of the sin, you should apologize to him. If you think that your friend will be insulted and hurt by knowing about what you have done, do not ask for forgiveness (ממשמעות המג”א תר’ו, וכסברת ר’ ישראל סלנט).
• It is best to be stringent when it comes to Kashrut during Aseret Yemei Teshuva, for example, you should refrain from eating לחם של נכרי and חלב נכרי. This also goes for those who are more lenient about this on all other days of the year (ראבי”ה בשם ירושלמי שבת פ”ג).

Erev Yom Kippur:
• ‘Kapparot’ – Many of the big poskim have decided that it is best not to engage in the practice of Kapparot as there might be some suggestion of idolatry (רמב”ן ורשב”א בשו”ת ח”א שצה, וכן בשו”ע תרה). Although, it is our custom to do Kapparot on a chicken or on money. (It was Rashi’s custom to do Kapparot on a vegetable but we should not do it any differently from what we have customarily done. (רמ”א ומג”א תרה). One can use a credit card for Kapparot after making a donation with it, by circling it overhead as with money.
• Immersing in the Mikve (רא”ש יומא פ”ח כד בשם רס”ג) – We do not make a Bracha on the immersion (רא”ש שם, שלא כרס”ג).
• It is a positive commandment from the Torah to eat as much as you can on this day, especially delicacies (יומא פא, רא”ש שם, שו”ע תרד ומשנ”ב סק”א, ולא כרמב”ם). There are those who explain that the Torah is trying to make the fast easier for us with food (ב”ח תר”ד). And there are those who say that Torah is trying to make this day a little harder (ערוה”ש תר”ד).
• Mincha is davened early, before the Seudat Mafseket. During Mincha, Vidui is said during the Shmona Esrei, but not during Chazarat HaShatz. We do not say Avinu Malkeinu. (The Sephradim minhag is to say it)
• We light candles with a Bracha (…shel Yom HaKippurim) and we say Shehechiyanu, as it is written in the Machzor. In addition, you should light a yahrtzeit candle, so that Havdala is recited on a candle that has been lit all day.
• The father (and there are some whose custom it is also for the mother) bless the sons and daughters, as it is written in the Machzor. The children are supposed to kiss the parents’ hands following the Bracha (כתבי האר”י)
• Men should wrap themselves in their Tallit before sundown with a Bracha. There is a prevailing custom to wear a kittel so that we appear as the angels do and to remind us of the seriousness of this day (יום המיתה) and encourage us to do Teshuva.
• Tefillat Zaka is said before Kol Nidrei.

Halachot of the Fast:
• The fast starts at night (ויקרא כ”ג).
• On Yom Kippur, refrain from 5 things: eating and drinking, washing, anointing, wearing leather and marital relations between husband and wife (גמ’ יומא, פ”א ה”ד). According to the רא”ש they are all Rabbinical prohibitions, aside from eating and drinking, but according to the Rambam they are all prohibitions from the Torah.
• You are prohibited from doing any creative work (Melacha) on Yom Kippur (ויקרא כג)
• Women who have given birth, are pregnant, are weak or who have difficulty standing, are permitted to wash as they normally do – not for pleasure but for health and cleanliness reasons only (רמב”ם פ”ג ק”ב ערוה”ש תריג ס”ט).
• For those who have a hard time fasting, you are permitted to chew flavorless gum on Yom Kippur ((ממשמעות מג”א תקס’ז, וכה”ח החמיר שם אפילו בבליעת רוק .
• Avoid bathing and washing for pleasure (שו”ע תריג) but washing for cleanliness purposes is permitted (ראשונים, מג”א שם סק”א).
• Washing for cleanliness which is also pleasurable (for example, washing one’s dirty face with warm water) is prohibited (ממשמעות הרמ”א שם ס”ד).
• It is best not to put on deodorant on Yom Kippur. But, if it will disturb you or others greatly if you do not put on deodorant, you can use spray, but not a solid or cream deodorant.
• There are those who are stringent and say that it is best not to wear Crocs or Shoresh sandals because of their comfort level (ע”פ שער”ת תקנד סקי”א, ומשנ”ב שם סק”ה), however, according to the law, it is permissible and that is what the custom has become (ערוך השולחן שם ס”ה). • One should avoid touching one’s spouse at night, but it is permissible during the daytime. (ט”ז תרטו סק”א, ערוה”ש תרטו ס”א, ושלא כמג”א ומשנ”ב שהחמירו).
• If it is necessary, you can bathe your children on Yom Kippur, in tepid water. Take care not to use warm water. (ב”ח ומג”א תרטז סק”א ומשנ”ב שם).
• Kids who have not yet reached Bar or Bat Mitzvah age do not have to fast, but it is customary to have them fast a little for educational purposes (boys from the age of 12, and girls from the age of 11 are fasting) (ב”ח ומג”א ססק”ב).

Those who are exempt from fasting:
• A woman who is pregnant, no matter what stage of pregnancy she is in, who experiences severe headaches, is permitted to drink water in ‘shiurim’, and if that is not enough for her, she may drink a lot.
• A pregnant woman who experiences permanent contractions or whose water has broken, can drink without ‘shiurim’, even if she does not have a headache.
• A woman who has given birth 3 days prior to Yom Kippur, is prohibited from fasting (שו”ע תריז ס”ד)
• A woman who has given birth seven days prior to Yom Kippur, if she or her doctor feel she must eat, she is permitted to eat in ‘Shiurim’. If that is not enough, she is permitted to eat as she chooses. (שבת קכט. ושו”ע תריז ס”ד)
• A woman who is nursing who is worried that she will have less milk for the baby because of the fast, is permitted to drink in ‘Shiurim’ (תורת היולדת בשם חזו”א, עדות הגר”א נבנצל בשם הגרש”ז), There are poskim that say to be Machmir if the child is willing to drink formula (שו”ת אז נדברו ח”ט ט).
• A sick person who is in danger (חולה בסכנה) can eat and drink immediately, as well as someone whose classification of sick and in danger is doubted. This person does not have to go around searching for a Rav to ask whether or not he is permitted to eat. He should eat right away. (ויקרא יח, יומא פב, שו”ע תריח ס”ח)
• A sick person who is not in danger but feels that because of the fast, he might become in danger, is permitted to eat in ‘Shiurim’. (שו”ע תריח ס”א)
• Whoever eats and drinks in “Shiurim” should eat the volume of a matchbox every seven minutes (ערוה”ש תריח סי”ד), and should drink the amount of less than one cheek –full (שו”ע תריח ס”ז) on average a fifth of a disposable cup. It is preferable to eat foods that are sweet and healthy. In a case where eating /drinking in Shiurim every 7 minutes is not enough (שעת הדחק) one can do so every 4 minutes. If there is a need to drink more (drink only) one can drink in Shiurim in 1 minute intervals this is still better than drinking as usual. (כשיטת הרמב”ם שביה”ע פ”ב, וב”י תרי’ב- כרביעית הלוג)
• A sick person who is not in danger is permitted to take medication (pills) without water (אג”מ או”ח ח”ג צ”א).
• A sick person who is not in danger must fast normally. This includes people who experience regular headaches, general weakness, and other such symptoms. If in doubt, ask one of the doctors in the neighborhood.
• One who eats on Yom Kippur does not make Kiddush , but he should add Yaale VeYavo during benching (שו”ע תריח ס”י). One who eats on Yom Kippur is permitted to receive Aliyot LaTorah except for Maftir and Mincha (שו”ת רעק”א סכ”ד).

Yom Kippur
• In the morning, wash Negelvasser up to the knuckles (תו’ס יומא עז).
• Cohanim wash normally during Shacharit. If they have stayed clean, they do not have to wash hands again for Mussaf (ע”פ ערוה”ש תריג ס”ד בשם רמב”ם).
But, during Neila, Cohanim must wash their hands again as there was a break.
• We have been promised by Hashem that Yom Kippur atones for all those who have done Teshuva and that is why it is important to gather your strength and do Teshuva on Yom Kippur, even if it is difficult.
• One who feels that the fast is difficult for him and feels that he cannot continue to daven, should lie down and not break his fast, even if it means that he will not daven with a minyan or will not daven at all.
• A woman who sees that the fast is extremely difficult for her, her husband is exempt from davening with a Minyan and he must assist her so that she will lie down, fast, and not exert too much energy. The same goes for men who find it difficult to fast.

End of the Fast
• During Arvit following the fast, say “Ata Chonantanu”.
• Havdala is done on a candle that has been lit the entire holiday, with wine, without besamim (spices).
• Kiddush Levana should be said even though you haven’t yet eaten, as we are joyous that we have been atoned of our sins. אחרונים
• After the holiday is over, it is customary to do an action that is connected to constructing the Sukka, even if it is only a symbolic gesture (ערוה”ש, גר”א) and to eat with joy. (רמ”א תרכד ס”ה)
• Shacharit on the following day begins a few minutes earlier than usual. (משנ”ב תרכד סי”ד) 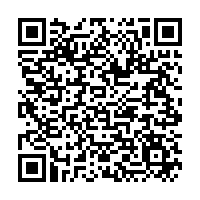