Noam had been driving his Toyota Camry for ten years and decided it was time to sell. The car was in good condition overall, but its age was beginning to show. There was a slow leak in the water, which had to be added to once a month; the padding on one of the seats was wearing through; the car had been in two accidents and the trunk door had been replaced; a seat belt was missing’ there were assorted dents and scratches on the outside; the tires and break pads were showing signs of wear and would soon have to be replaced; and the air conditioning was not as powerful as it used to be and there was a rattling sound when it was turned on, but Noam wasn’t sure if there was a real problem there.

Quite a list when you put it all on paper, but for a ten-year-old car it was certainly in decent shape. To the best of his knowledge, the motor worked fine.


Noam decided to sell his car directly, rather than through a used car salesman. He posted notices in his local newspaper and on the bulletin boards in some of the local yeshivas. A few people approached him about the car, but it remained untaken.

One of the issues that troubled Noam was the issue of disclosure. He wanted to be honest, emulating stories he had heard about the Chofetz Chaim, who would disclose any possible defect in his merchandise. He began to feel, though, that he was scaring away potential buyers by pointing out more than was expected. After all, it was a used car, ten years old, and couldn’t be expected to be in the same pristine condition as a new car.

He was talking to a friend who sold used cars, and was told: “Don’t disclose anything that you can get away with. Otherwise, you’ll never sell!”

This sounded wrong to him. He knew there were issues with the car and couldn’t ignore them in good faith. “Where is the balance in this issue?” Noam asked himself.

“How about discussing the issue with Rabbi Dayan?” his wife suggested. “Perhaps he can guide you.”

Noam called Rabbi Dayan. “I’m selling my used car, which has certain issues,” said Noam. “What issues am I required to disclose of my own intiative, and what issues can I be quiet about?”

“A seller is not allowed to cheat the buyer or mislead him,” answered Rabbi Dayan. “If the merchandise is defective, the seller is required to disclose this to the buyer [C.M. 228:6]. The definition of ‘defective’ is dependant on time and place; whatever is considered by the local people as defective is treated as such.” (C.M. 232:6)

“Does that mean I’m required to point out every single scratch and dent?” asked Noam. “That seems excessive!”

“The seller is required to disclose to the buyer of his own initiative in any one of four situations,” answered Rabbi Dayan. “First, there are deficiencies that render the item not fit for proper use, such as a serious problem with the engine, chassis, or other significant mechanical component.”

“Second are items a buyer would be particular about but has no reason to assume should be an issue for such an item,” continued Rabbi Dayan. “For example, a slow water leak in a relatively new car would have to be disclosed, but in an old car not so. A missing seat belt would have to be mentioned, regardless.”

“The third situation is where the aggregate of the deficiencies reduce the value of the item 15 percent below the price it is being sold for,” added Rabbi Dayan. “That would be a violation of ona’ah, mispricing the item, even if each individual deficiency is not of great consequence.” (C.M. 227:1-2)

“What is the fourth situation?” asked Noam.

“What, then, do I not need to disclose?” asked Noam. 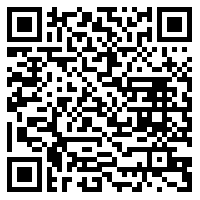