Mr. Bender replied, “I never borrowed anything from Mr. Miller.”

“But I have a witness,” Mr. Miller said. Sure enough, in the next room was a witness who testified that Mr. Miller lent Mr. Bender $1,000 in Adar.

“The testimony of one witness doesn’t obligate you to pay, but you do have to swear that you don’t owe the money,” said Rabbi Dayan. [Choshen Mishpat 87:1]

“Do you have any more evidence that you lent Mr. Bender money?” Rabbi Dayan asked Mr. Miller.

“Not at the moment, but can I have some more time?”

Rabbi Dayan gave him 30 days, and three weeks later, Mr. Miller produced another witness who testified that he lent Mr. Bender $1,000 in Sivan.

“How can you combine the testimony of two witnesses?” asked Mr. Bender.

“The Gemara [Sanhedrin 30a] says testimonies can’t be combined in capital cases, but they can be combined in monetary cases,” replied Rabbi Dayan. “That rule applies even to testimonies given at different times about different events. Since there are two witnesses that Mr. Bender owes Mr. Miller $1,000, he must give him that amount even though they testified at different times and one testified to a loan in Adar and the other testified to a loan in Sivan.” [Choshen Mishpat 30:6]

“This rule, however, only applies,” added Rabbi Dayan, “if both witnesses can be telling the truth. If Mr. Miller had admitted that he lent money only once, clearly one of the witnesses would be lying and his testimony would be worthless. Mr. Bender could then swear to contradict the remaining witness.

“Nowadays, though, we generally avoid administering oaths, and seek compromise instead.” [Choshen Mishpat 30:7 and 12:2]

“What if I had sworn three weeks ago against the testimony of the first witness?” asked Mr. Bender. “Would his testimony still be able to combine with that of the second witness?” 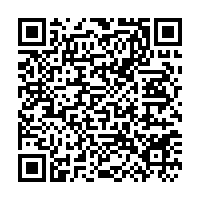