Se’if 3 – Mechaber: The lender sues the borrower for repayment of a maneh he lent him. In response, the borrower makes two statements to the court. In his first statement, he admits that he owes the money. In his second statement, he tells the court that he now remembers that he has already repaid the loan he just admitted to and therefore does not owe the lender anything.

In addition, the borrower produces witnesses who testify in court that he has indeed repaid the loan. This testimony is admissible and dispositive. Based on it, judgment will be rendered in favor of the borrower. This is because the borrower’s second statement that he repaid the loan does not contradict the testimony of the witnesses who testified that he borrowed the money. His second statement is not tantamount to a denial that he ever borrowed the money.

As opposed to the outright denial by the defendant in 79:1 that he ever borrowed money, in 79:3 the borrower first admits to taking a loan but then claims to have repaid it. But the Ri Migash argues that there is no real difference between these two cases. In both cases, the defendant is stuck with his earlier admission. In the case discussed in 79:1, the defendant, who denied that he ever borrowed the money, admitted, by implication, that he did not repay it. He is stuck with this admission. Even the testimony of two witnesses that he repaid it is of no avail because a person’s own admission is more credible than the testimony of 100 witnesses.

Likewise, in the case discussed in 79:3, the borrower first admitted that he owes the money. He is stuck with this admission. The subsequent testimony of two witnesses that he repaid it and therefore no longer owes it cannot overcome the borrower’s previous admission that he owes it.

This statement, however, is contradicted by the testimony of two witnesses who testified that he did borrow money. With two witnesses denying his earlier statement that he never borrowed the money, the defendant has been caught in a lie. As such, he has lost credibility in the eyes of the court and has assumed the legal status of a liar. Therefore, the court must rule against him.

In the case discussed in 79:3, however, the borrower admits that he borrowed the money but subsequently claims that he repaid it. Neither of these statements is contradicted by the testimony of the witnesses. The borrower has not been caught in a lie. Accordingly, he is believed when he says he repaid it and the court must rule for him.

The Mechaber, following the lead of the Sefer Haterumot, rules in accordance with the Rambam. The Rema clarifies, however, that the borrower is only believed to say he repaid the loan if he makes this claim before the witnesses testify, not after. Why? Because perhaps the borrower really did not repay the loan and the witnesses confused the repayment of this particular loan with the repayment of another loan he took. Hearing this false recollection, the defendant may take advantage and change his plea. So he is only believed if he makes his statement before the witnesses testify. 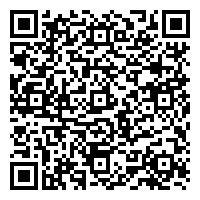