The Talmud (Megillah 7b) states that in addition to eating a festive meal on Purim day, a person is “obligated to become intoxicated…until he cannot distinguish between ‘cursed is Haman’ and ‘blessed is Mordecai.’” The Gemara then relates the following story:

Did Rabba really slaughter R. Zeira? The Maharsha argues that Rabba certainly did not kill R. Zeira; rather, he forced him to drink excessively, which made him ill. The Maharsha suggests that the Gemara uses the unusual term “shachtei” (“slaughtered”) to illustrate what Rabba did to R. Zeira’s throat – he coerced it to drink.

Many other Rishonim, however, including the Rif (ibid.) and Rosh (Megillah 1:8), cite the Talmudic passage about drinking on Purim verbatim, implying that drinking is mandatory and that the Gemara did not mean to disapprove of its initial statement by citing the story of Rabba and R. Zeira.

The Rambam (Hilchos Megillah 2:15) writes that one “should eat meat and arrange a meal according to his means, and drink wine until he becomes inebriated and falls asleep as a result.” According to some Acharonim, the Rambam evidently maintains that a person fulfills his obligation by drinking until he falls asleep. The Aruch HaShulchan (Orach Chayim 695:3) writes that according to the Rambam, the story of Rabba and R. Zeira serves to modify the extreme obligation first proposed by the Gemara. In other words, while one should become mildly intoxicated on Purim, excessive inebriation is not mandated – and, indeed, not permitted.

The Tur and Shulchan Aruch (Orach Chayim 695:2) cite the Talmudic passage verbatim. The Rema, however, cites the Rambam, and concludes: “Regardless of whether a person drinks a lot or a little, he should focus his heart toward the heavens.”

Which Beverages Should One Drink on Purim?

According to those who maintain that one should consume some measure of alcohol during the Purim meal, is there a “preferred drink” one should consume? Some Rishonim explain that drinking on Purim commemorates the feasts of the Purim story, which included indulgence in wine. Thus, a person should drink wine at the meal (not vodka or scotch, for example).

Rashi (ibis. 7b, s.v. “livsu’mei”) and the Rambam (Hilchos Megillah 2:15) explicitly mention drinking wine, and some (Mishneh Halachos 5:83) argue that these sources indicate that one should preferably use wine to fulfill this mitzvah. Some also note that Tehillim 104 states: “wine gladdens the heart of man.”

R. Moshe Sternbach (Mo’adim UZemanim 2:190), however, writes that although a person should preferably drink wine during the meal – since the obligation to have a “mishteh” indicates that wine is required – he may also drink other alcoholic beverages if he enjoys them.

Concerns Regarding Drinking on Purim

Acharonim raise different concerns regarding this mitzvah, one of them being the danger that a person’s inebriation may interfere with him properly fulfilling mitzvos. For example, R. Avraham Danzig (Chayei Adam 155:30) writes that a person who believes that drinking on Purim will interfere with performing a mitzvah – such as bentching, davening Minchah or Maariv, or acting like a mentch – he is better off not drinking.

Someone who is intoxicated is allowed to recite Birkas HaMazon (Shulchan Aruch 185:4), but the Shulchan Aruch (99:1) states clearly that a person should only pray “if he is able to speak before the King.” If not, the Shulchan Aruch says, “his prayer is an abomination, and he must repeat his prayer when the wine is removed from him.”

Others express great concern regarding the drinking itself. The Orchos Chayim (ibid.), for example, writes that full inebriation is certainly prohibited, “and there is no greater sin, as it leads to sexual impropriety, bloodshed, and other sins.”

Interestingly, the Talmud (Bava Metzia 23b) states that one may alter the truth regarding “puraya,” which is traditionally understood as referring to private sexual matters. The Maharsha, however, explains that this term refers to drinking on Purim. He writes that “the Rabbis would customarily prevaricate, saying that they could not distinguish [between ‘cursed is Haman’ and ‘blessed is Mordechai’] even if they were not inebriated enough and could distinguish.”

Apparently, one should not feel pressured to become inebriated, and may even lie if necessary to avoid drinking, as was the practice of many great rabbis.

Unfortunately, in recent years, drinking alcohol on Purim has led to many people placing themselves and others in dangerous. Rabbis, medical professionals, and Hatzolah volunteers annually warn of the dangers associated with excessive drinking, including alcohol poisoning, car crashes, and inappropriate behavior. Rabbinic organizations such as the OU and the Agudath Israel have also issued statements calling for people to be careful in distributing alcohol on Purim and especially driving while intoxicated. Yet, excessive and improper consumption of alcohol continues in yeshivahs, college campuses, shuls, and communal gatherings.

It is important to emphasize that whatever the mitzvah of drinking on Purim may be, halacha strongly discourages one from becoming inebriated other times of the year. In addition to specific prohibitions relating to issuing halachic rulings (Eruvin 64b), entering the Mikdash (Kerisus 13b), and davening while intoxicated, numerous sources sharply criticize and even prohibit becoming completely inebriated (see Sanhedrin 70a; Tanchuma, Shmini 5; Rambam, Hilchos De’os 5:3; and Orchos Chayim, ibid.).

An improper understanding and observance of drinking on Purim may have contributed to a very dangerous misunderstanding of drinking in general, and so it is incumbent upon communities to emphasize the dangers of excessive drinking.

The Beur Halacha concludes his discussion of drinking on Purim by citing the following comments of the Me’iri: We are certainly not commanded to demean ourselves through joy, as we are not commanded to engage in a celebration of frivolity and nonsense, but rather joy that brings about love of G-d and thanksgiving for the miracles that He wrought for us.

The Purim festivities are meant to publicize the great miracle of Purim, to celebrate the renewal of our kabalas haTorah (kimu vekiblu), and to bring us closer to G-d. It is crucial that the manner in which we observe Purim enable intense and sincere religious devotion, and not, G-d forbid, frivolity and sin. 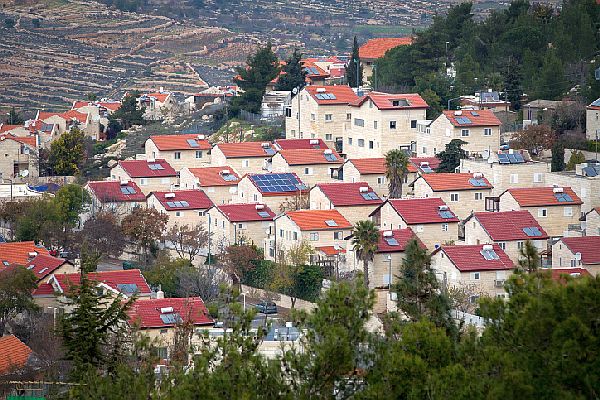