“Z’man cheiruseinu – the time of our freedom.” Baruch Hashem, most Jews in 2019 no longer yearn for physical freedom. They are free to come and go as they choose. But there is freedom of the body and freedom of the soul. To be able to choose to live according to a certain set of values based on knowledge is a freedom many still do not enjoy.

For too many years in Eretz Yisrael, hundreds of thousands of Israeli children were taught that the Torah is a collection of primitive ideas whose main value is its success in having kept the Jewish people together throughout the centuries of galus. Any intelligent person knew – so the prevailing ethos went – that the holiest thing that could be done with Judaism in the new modern state of Israel was dump it in the nearest dustbin.

One of the epicenters of this way of thinking was the crown jewel of HaShomer HaTzair kibbutzim: Ein Charod. Nestled in the eastern Jezreel valley in the shadow of Har HaGilboa, Ein Charod was a symbol of militant secularism in Israel. Eating pork dinners on Tisha B’Av, intentionally not observing Yom Kippur, allowing every kibbutznik to choose whatever day of the week he wished for his day of rest, and, of course, providing a militantly secular education to their children – all this was the norm in Ein Charod.

Various great rabbis tried to influence its residents – the place was visited twice by the saintly Rav Kook, zt”l – but it seemed pointless. Some expressed hope – the Ponovezher Rav is quoted as having said, “Prepare tefillin for the people of Kibbutz Ein Charod!” but even his most die-hard students thought the great dreamer had gone too far.

Fast-forward 70 years. Over the past decade, several organizations, particularly Ayelet HaShachar, have found a way to penetrate Ein Charod. Two years ago, the kibbutz dining room that served neveilos, treifos, and pork for decades was converted into a kosher facility. Ayelet HaShachar helped erect a shul, and now there is a vasikin minyan every morning.

And this month an amazing occurrence: Ayelet HaShachar opened a mehadrin matzah factory in Ein Charod. Groups from all over came to bake matzah there as part of a non-profit operation – with much of the matzah going to the hard-hit communities near the Gaza border.

It was an unbelievable achievement! It is a statement that despite abysmal levels of tumah – despite systematic anti-Torah brainwashing of generations of children – our heritage remains deep within the Jewish soul, ready to break out and return home again. As Hashem says about Eretz Yisrael and the Torah: They are a morasha, a legacy, for future generations of Jews, even if the legacy occasionally skips a generation or two.

It is a statement to all of us that we need not be shackled by past habits and attitudes. That we have the freedom to step out, grab hold of Hashem’s outstretched redemptive hand, and let it guide us to meaning and truth-filled lives, until the final redemption, speedily in our days. 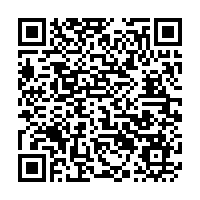