Ed note: Rabbi J. Simcha Cohen was a longtime columnist at The Jewish Press. He passed away in July. We reprint here two of his columns that relate to Chanukah.


Chanukah And Purim: Could They Be Annulled?

Question: Chanukah and Purim are holidays established by the rabbis and are not mandated by the Bible. As such, does a contemporary Bet Din have the authority to rule that they are no longer operational and no longer relevant for modern life?

Answer: Rav Hutner, z”l, the late rosh yeshiva of Yeshivat Rabbeinu Chaim Berlin (in Pachad Yitzchok, V’zot Chanukah, ma’amar 14) asked: Why in the Al Hanisim prayer on Purim there is no mention of a role of “Vanecha” – your children, meaning of klal Yisrael performing some action?

His response was that there is a general rule that no Beit Din is able to annul the decision of a previous Beit Din unless it is greater than the earlier Beit Din “b’chachmah u’b’minyan – in wisdom and numbers.” To this rule is added the proviso that if in the earlier Beit Din a navi was a member, then its decision can never be annulled, for no subsequent Beit Din could ever contend that they contained greater chachmah than a Beit Din that had a navi as a member.

Chanukah, however, was a different story. The Anshei K’nesset Hagdola no longer existed. The age of prophesy was over. Accordingly, a subsequent Beit Din would have the possibility of overturning the Chanukah obligations. For this reason the Al Hanisim prayer notes that “Ba’u vanecha,” that klal Yisrael accepted the practice of lighting Chanukah candles. It became a widely accepted practice. Once this took place, no Beit Din could annul its practice but for an entirely different reason. A minhag accepted by klal Yisrael becomes an obligation that must be practiced.

Question: Why does Al HaNissim not mention the mitzvah to light nerot Chanukah?

Answer: Rav Yehudah Gershuni, z”l, son in law of Rav Eliezer Silver, z”l, discussed this issue. He noted that the Gemara (Shabbat 21b) says that Chazal’s takanah establishing Chanukah was made a year after the victory of the Macabbees. Rashi writes that the takanah was to recite Hallel and Al HaNissim. He writes nothing about lighting Chanukah candles, which seems to imply that it wasn’t part of the original takanah.

Rav Gershuni suggested that as long as the Beit HaMikdash existed, there actually was no obligatory mitzvah to light a menorah in one’s home. (See Kol Tzofayich pp 524-528.) This would explain, of course, why the original takanah did not refer to the obligation to light nerot Chanukah.

I would like to build upon Rav Gershuni’s suggestion. Al HaNissim concludes by noting that “your sons came and lit candles in the courtyards of your sanctuary.” Note the terminology. The tefillah does not say that Chazal imposed a takanah on klal Yisrael. It states, rather, that klal Yisrael by themselves assumed the practice of lighting nerot Chanukah. (“Nahagu ha’am” rather than “hitkinu.”)

Lighting Chanukah candles became a national mitzvah because klal Yisrael adopted the practice (although it’s possible that a later beit din may also have ordained it as an obligatory mitzvah). 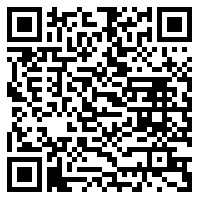