There is a famous scene in Avalon, the classic 1990 film about an American Jewish family. It depicts one of the uncles coming late to the Thanksgiving dinner, something that apparently repeats itself every year. Having put up with this discourtesy for so many years, however, the rest of the family decides they are no longer going to wait for him and begin to carve the turkey before he gets there. When he arrives and sees this, the uncle is outraged and breaks off all ties with his family. The audience laughs, but only guardedly, knowing how true to life the scene actually is.

True, family dynamics are complicated and one cannot judge the merits of such a scene in isolation. But we also know that it is not impossible for such an extreme reaction to be solely the result of even the tiniest slight. That being the case, I believe that this type of situation can provide us with an important and helpful insight for this time of year.

There are many difficult things we are called upon to do during the ten days of repentance. But there is arguably nothing as difficult – and perhaps as important – as the call to forgive others. I imagine the reader at this point saying, “Sure, I am prepared to forgive anyone who has directed insignificant slights at me. But how can I forgive what x and y have done to me? Those were not small slights but actually very destructive.” Yet I think that if we can get to the bottom of why the small things bother us, we will have a much better chance of forgiving even the big things.

In Rosh HaShanah 17a, Rava says, “It is stated (Micah 7:18), ‘He bears sin and forgives transgression’ . Whose sins does He bear? [Those of] one who forgoes the transgression [of others, for injustices committed against him].” Maharal explains that such a person imitates God in his capacity to forgive. That being the case, he will have elevated himself to the point that sin no longer clings to him. This, of course, requires explanation. Granted, God is very willing to forgive and this person is also easy to forgive, but how does that affect his relationship to his own sins?

I believe that it has to do with God’s objectivity. He has no need to favor Himself or anyone else. Rather, He constantly desires what is good for all of His creatures – the offenders as well as the offended. Accordingly, it is good to remember that the one who insults, injures or otherwise hurts someone else actually hurts himself much more than he has hurt the other. If we – like God – want his rehabilitation, we will automatically look less at our own injury as much as we will at the perpetrator’s own self-degradation. So the last thing we should want to do is to add additional burdens to the rehabilitation of this miserable soul. If God is willing to put His great honor to the side and forgive such a person, how could we not do the same!?!

Let’s go back to the scene in Avalon. It is comical because we all know that waiting for a person to cut a turkey is trivial. But we only know it because we are watching it as an outsider. If the uncle could put himself in our shoes, he too would see how disproportionate – and therefore inappropriate – his response was. The objectivity granted by being an outsider allows us to have perspective, and understand that even though some slight offense was committed, it is such that it can easily be brushed aside or even overlooked. That is a God’s-eye perspective. If we can move to such a perspective over trivial things, we will be on the road to using it when we are challenged by more serious offenses as well.

Almost always, the reason we are not willing to forgive offenses against us has almost nothing to do with the offense, and everything to do with it being done to us. Once we can internalize this, we can move to a God’s-eye perspective and forgive others more easily.

Rava reminds us that such a perspective has even more important implications: By adapting a God’s-eye perspective, we will have actually changed our very essence. So much so that any sin we might commit will also be seen as incidental and trivial. And that is why one who understands true forgiveness for others will almost automatically be forgiven for any wrong he or she does.

May we all merit to be among those who are automatically forgiven in this way. 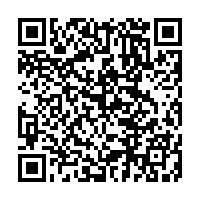