Whenever I finally get my friends to reluctantly concede that the psychology-inspired panacea of endless unconditional love and self-esteem boosting does not seem to be diminishing the growing numbers of off-the-derech youth or curbing the lack of derech eretz in children, I’m inevitably confronted with that final line of defense:

“But what can we do? Times have changed.”

“All of these facts are accepted with, perhaps, a shrug of the shoulders, and even those who most deplore such phenomena heave a sigh and add, ‘What can a person do against the trend of the times!’”

Rav Hirsch, of course, was fighting a different battle than the one we’re waging today; his was an overt war for the survival of Orthodox Judaism in Germany. But our battle, in its own way, is just as vital. Off-the-derech children are now almost commonplace, as we’ve moved on to dealing with drugs, suicides, and gender changes.

In our despair and helplessness before these new developments, many of us have become convinced that the best solution lies in offering the youth a mélange – a compromise of the old and the new. We must pick our battles, we tell ourselves. We must be flexible. But, according to Rav Hirsch, this attitude is pernicious:

Just when a display of manly firmness born of Divine conviction was needed, these people showed the weakness of indecision that ruined everything…. Thus they allowed to happen what they thought they could not prevent. These people still believe that they are serving the Divine cause all the more through their so-called flexibility.

Indeed, they were deluded by the argument that resistance, even only protest, would only serve to make a bad situation worse.

They were persuaded that in an era such as theirs, even the great and mighty prophets, scholars, and pious people of our past would also have given up their determination and steadfastness in favor of prudent flexibility.

Not true, says Rav Hirsch. Our ancestors “knew that the spirit of the era is the spirit of men, to which we all contribute.” He continues:

Every thought or attitude that we harbor in us and bring to actuality through word and deed, every thought that is verbalized, every opinion that is converted into action – every one of these things influences this spirit.

The clearer the word and the more decisive the action, the more powerful the impression will be and the more substantial the contribution to this spirit of the era will be.

Nowadays, the universal mantra in chinuch is, “Be positive.” We think it prudent to not offend, to compromise when we encounter resistance to the Torah. After all, we don’t want to risk driving our youth further away. Rav Hirsch, though, sees this attitude as spinelessness:

“The teacher of the community must be impartial,” which means that the truth is to be no concern of his. He must never object to anything. He must have his aphorisms of approval prepared for everything: for the rightists and the leftists, for the old and the new, for the true and the false. He must be neutral on all questions. He is expected to have picked out for himself only the kernel from the rich treasure of the Divine Truth…which everyone will accept – precisely because it bothers no one. He must pass the truth through the sieve of peace….

Rav Hirsch argues that we fast multiple times for the destruction of the Beis Hamikdash – Asarah b’Teves, Shiva Asar B’Tammuz, Tish B’Av – because, up to the every end, we could have prevented the catastrophe had we done teshuvah. The Romans surrounded Jerusalem’s walls – but all was not yet lost. The Roman breached the walls – but all was not yet lost. Until the very last moment, we could have returned to God and been saved, Rav Hirsch writes.

We parents and grandparents have compromised a great deal over the last few decades. Like the Jews in mid-19th century Germany, we have stayed silent repeatedly for the sake of peace, careful not to offend our children and grandchildren even when they trample on values we hold dear.

But it is not too late to reverse course. For we are not talking about personal preferences. We are talking about truth, and for truth we cannot compromise. Rav Hirsch writes that compromise led to the destruction of the first Beis Hamikdash as people looked the other way when they saw idol worship in their family and community since they didn’t wish to “disturb the peace.” We must not make that same mistake.

If we wish to bring the final ge’ulah, we cannot repeat the mistakes of the past. When our personal honor or comfort is at stake, we should always compromise. But when divine truth is being discarded or distorted, we dare not remain silent. We must fight. 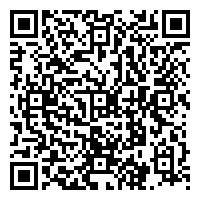