The little kids quickly formed a train, each with his hands on the shoulders of the boy in front of him. They lurched into motion, running madly around the periphery of the shul as throngs of people danced in concentric rings around the bima. Some carried Torah scrolls, adorned in silver crowns and velvet finery. Others carried their small children on their shoulders. As one song ended, another one caught on, and no one wanted to stop.

Observing the action was a girl name Rachel, one of a group of teenage girls who were guests at the home of Rabbi Benzion Klatzko. Dressed in her fashionable best, she watched the frenetic scene with glee; this was an experience unlike any she had encountered thus far in Judaism. To Rachel, the spirit of the night was an injection of life itself, a salve for her ailing soul.

All at once, Rachel’s snapped into sharp focus. Their host, Rabbi Klatzko, stood up on a chair in front of the bima, clutching a miniature Torah scroll in his hands. He had a story to tell, and the men, women and children packed into the shul were eager to hear it. Rachel strained to hear every word of the tale, for she knew that it would speak to her.

“Every week, in my home, I have the privilege of hosting about 30 to 40 people for Shabbos meals. Most of them are college students who are Jewish but have never had the chance to experience a Shabbos. They come from all kinds of backgrounds and all kinds of places across the country, and they join together at my home and get a taste of what Shabbos is about.

“The only thing is, many of them are uncomfortable about going to a traditional shul. They’d rather stay at my house and wait until I come home. The drawback to that is that they never have the chance to see the beauty of a real Shabbos davening. So I decided that the best thing to do would be to buy my own Torah scroll and ark for my living room. That way, I could have the davening at home, and they could take part in it and still feel comfortable. Plus, it would give many of them a chance for an aliyah, some who haven’t had one since their bar mitzvah. And there are those that didn’t even have a bar mitzvah and have never been called up to the Torah in their lives.

“The question was, how would I ever find a kosher Torah scroll at a decent price? And an ark would also be a big investment. So it seemed that, short of a miracle, my idea would be impossible to pull off. However, God doesn’t just perform miracles for you. You have to do your part and hope that He will take care of the rest.

“So I opened up the papers and looked around to see if anyone had a Torah scroll for sale. And believe it or not, someone did. I immediately called the number and on the other end of the phone was an elderly man who said he had a very small Torah scroll that he was selling. It was 11 inches tall.

“I asked him where he got it, and he told me that his father had been a rabbi of a shul in the Catskills which eventually died out. They auctioned everything off, and the Torah scroll was the only thing they kept. It had been sitting in his closet unused for 50 years, and now he felt it was time to sell that as well.

“Although he wanted quite a bit of money for it and the price was a bit steep for me, I told him that I would like to take a look at it. He agreed to come to my home to show me the Torah.

“A few days later Mr. Foreman came. He showed me a beautiful Torah scroll — over 200 years old but in perfect condition. He asked me why I needed it, and I explained about my Shabbos guests and my idea to enable them to daven at my home, where they would be comfortable.

“He stared at me for a moment seeming very moved by the idea that this Torah would help people come closer to Judaism. All of a sudden, he started crying — I mean really crying with tears streaming down his face. I was trying to get him to talk, but he literally couldn’t get any words out. Finally, he explained. He had drifted away from Judaism and married a Buddhist woman. This Torah scroll was his only connection, and at this point, he felt so cut off that he thought he might as well sell it. But when he found out that this Torah would help reconnect people to Judaism, he wanted to give it to me as a gift. In this way, he felt he would perhaps have the merit to be reconnected too and find his way home at last.

“I didn’t know what to say, but I certainly appreciated his incredible gift. I realized that this was a Torah that had been basically homeless for the past 50 years. There was no one to read it, hold it or keep it properly, and now God gave the Torah a home, and would hopefully bring this lonely Jew back in the near future as well.

“Now, what about an ark? That’s a story of its own. I found an online ad for an old Jewish artifact, a Jewish chest. The sellers weren’t Jewish, but they had bought it from a priest who told them it was of Jewish origin.

“When I opened the online pictures of the chest, I saw before me what seemed to be a beautifully crafted ark. It was small, so it wouldn’t be able to hold a regular sized Torah, but would be perfect for the Torah we had. But when I viewed a picture of the top of the ark, I almost fainted. There was a large cross attached to it. All of a sudden, I was not at all sure that this was an item of Jewish origin.

Suddenly I noticed a small plaque at the bottom of it. I asked the sellers to send me a photo of the plaque which appeared to have Hebrew writing on it. They sent me a picture where there was a clear inscription in Hebrew that said “Behold, the guardian of Israel neither sleeps nor slumbers Psalms 121), which proved that the item must be Jewish. The cross upon closer examination, they said, was a separate piece that had been attached. I realized that the priest who bought this ark must have made that addition. I was deeply moved, and was certain that the hand of God was clearly guiding me.

“I bought the ark and had it delivered to my home. The cross was removed and I marveled at the verse that was inscribed. I have never seen this particular verse inscribed on an ark before. And I realized that there was a message here. It was as if God were saying that although this ark was lost for many years, He would never forget about it. He didn’t rest until it finally was brought home to Jewish hands.

“My dear friends, look at what we have here. A Torah that was neglected for so many years was finally given a home in an ark that had been used by a priest. Yet the message was clear that God would never give up on them. He had not forgotten about this lost ark and Torah scroll, and finally the two of them were brought together and can now be used to bring young men and woman back to their Father in Heaven as well.

“This Torah has not been danced with for over 50 years, and now we have the chance to welcome it home. Let’s give it the welcome it deserves.”

As if on cue, the entire shul erupted in singing and dancing. The tiny Torah scroll was in the center of it all, soaking up the overflowing love and honor it had been missing for decades. It was no longer locked away, unused and untouched on this holiday meant for rejoicing. It was where it belonged, in the center of it all

Later that night, Rabbi Klatzko brought the Torah home and secured it inside the ark in his living room. To Rachel, it was not just the sense of tranquility and warmth that Rachel relished. It was the awesome, indescribable feeling of this unique Torah scroll.

The meal ended late, and at last, the contented but exhausted group headed to their rooms for a night’s sleep. Rachel, lay in bed, eyes wide open, with the sound of her heart beating in her ears. She waited a long time, perhaps an hour or more, until she was certain that no one in the house remained awake. She slipped out of bed and tip-toed into the living room. There stood the ark, as if it had been waiting for her.

There, she spoke her heart to God, praying that the sweetness of this home would be hers, in her own life, some day. These were the first prayers her lips had uttered for many years. The bitterness of her own family home – the constant fighting, the blame and anger, the storm clouds that threatened to blow through the front door at any moment – had acted like a razor-sharp wire-cutter, severing her connection to God. Here at the Klatzko’s home, she could feel the connection being mended; the power was sputtering back into her being, and once again beginning to flow.

Recalling the Torah scroll’s exile, she thought of herself. “My dear, holy Torah scroll, you know what it’s like to be neglected. You know how it feels to live with people who don’t see the beauty in you and don’t understand what you are worth. I’ve lived that way my whole life, but you’ve lived like that so much longer. Fifty whole years you stood there and no one kissed you or carried you or looked inside you to see what was there. But you’ve given me hope, because even after 50 years, look what happened! Look what a night you just had! Everyone hugged you and kissed you. Everyone wanted to dance with you. You were the star of the show. The Almighty doesn’t sleep. He keeps watch over His people, and He’s keeping watch over me.

“Please, God, I’m begging you, may I be like this Torah scroll. I know there is still holiness in me. Please let me hold onto it, just like this Torah did. And when the time is right, bring me a husband who will honor me and love me the way a wife should be honored. Let me have a home that’s happy, and holy, and full of children and guests and kindness, just like this home. Please, God, find me, too, and bring me home.” 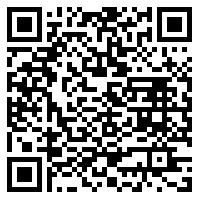