The running mate in question is Chris King, who finished in fifth place in the 2-18 Democratic gubernatorial primaries, and was then selected by the winner, Democratic nominee Andrew Gillum, as his running mate for Lieutenant Governor.

The Staten Island-based Newhouse News Service ran a story on February 22, 1999, titled, “Christian at Harvard Says Paper Nailed Him to a Cross,” which opened: “If Jewish students are overrepresented at Harvard University, they are way overrepresented at The Harvard Crimson.” The story cited Noah Oppenheim, a junior from Tuscon, Ariz. who was one of the paper’s two editorial chairs, who said: “It’s been a very Jewish newspaper, disproportionately, since the 1970s.”

The story centered on Chris King, who was a sophomore from Winter Park, Fla., who was also (still is – DI) an evangelical Christian, and who believed that it was The Harvard Crimson that caused his narrow loss in a race for president of the Harvard Undergraduate Council in December 1998.

King told Newhouse: “I was nailed to the cross, and most of the editorial staff that was so hard on me, the vast majority were Jewish.”

The Gillum campaign issued a statement saying the Republican gubernatorial candidate, former Representative Ron DeSantis, “is running one of the most divisive and toxic campaigns in Florida history — and tonight that means extreme right-wing spam text messages.”

The DeSantis campaign did not deny they had sent the text messages to voters with Jewish last names, and stated: “Chris King’s comments speak for themselves. The Gillum campaign should spend more time addressing why they said them and less time about how voters are finding out about them.”

Meanwhile, Ben Friedman, director of community relations at the Jewish Federation of Greater Orlando, on Gfriday published an op-ed piece in the Orlando Sentinel, titled, “Andrew Gillum and Chris King are not a threat to Jews,” accusing the Republicans of using deceitful tactics.

“Chris King’s words at the time were insensitive. He apologized for them, and I believe him when he says they do not reflect the person he is today. My confidence in this stems largely from my personal interactions with him on several occasions,” Friedman wrote, noting that his last name got him, too, a peek at the text message.

With a little more than one month left until the elections, the Democrat, Gillum, has been leading the Republican, DeSantis, by an average of 4.5 points, with the most recent survey, by Quinnipiac, giving him a 9 point lead. 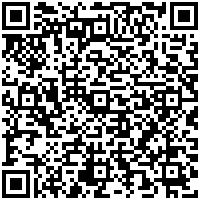