1. Major Jewish calamities occurred – and are commemorated – on the 9th Day of Av, the 11th Jewish month:

* Unlike Joshua & Caleb, the other “ten spies/tribal Presidents” slandered the Land of Israel, preferring immediate convenience and conventional “wisdom” over faith and long term vision, thus forfeiting the privilege of entering the Homeland and prolonging the wandering in the desert for 40 years, before their offspring settled the Promised Land.

*The destruction of the First Temple and Jerusalem by Nebuchadnezzar of Babylon (586 BCE) – which occurred, also, as a result of the post-King Solomon hostile breakdown of the Jewish Kingdom into the kingdoms of Judea and Israel and the corruption of the Jewish Kings and Priests – resulted in the massacre of 100,000 Jews and a massive national exile.

*The destruction of the Second Temple and Jerusalem by Titus of Rome (70 CE) – which occurred, also, as a result of severe intra-Jewish factionalism, physical conflicts and moral decay – triggered the massacre of 1 million Jews and another massive national exile, aiming to erase Judaism and the Jewish people from human memory.

*The Ten Martyrs – ten leading rabbis – were executed by the Roman Empire.

*The Bar Kokhbah Revolt was crushed – by the Roman Emperor Adrianus – with the killing of Bar Kokhbah, the fall of his Beitar headquarters (135 CE) – south of Jerusalem in Judea & Samaria – the plowing of Jerusalem, and 600,000 Jewish fatalities.

*The pogroms of the First Crusade (1096-1099) massacred tens of thousands of Jews in Germany, France, Italy and Britain;

*The beginning of the 1942 deportation of Warsaw Ghetto Jews to the Treblinka extermination camp.

2.  From Auschwitz to the Jewish State, from exile to the ingathering/liberty in the Land of Israel. A key message of the 9th Day of Av, personally and nationally: sustain faith and hope and refrain from forgetfulness, despair, fatalism and pessimism (irrespective of the odds), which may seem – through conventional, short-term lenses – insurmountable.

3. The 9th Day of Av is the most calamitous day in Jewish history.  It was first mentioned in the Book of Zechariah 7:3.  It is one of four Jewish fast days, commemorating dramatic national catastrophes (related to the destruction of Jerusalem), in an attempt to benefit from history by avoiding critical, personal and national future missteps.  It concludes the 21 days of calamity and lamentation, which began when the walls of Jerusalem were breached by Nebuchadnezzar (1st Temple) and Titus (2nd Temple), launching a seven-week period of consolation, ingathering and renewal, which are concluded on Rosh Hashanah, the Jewish New Year.

4. The centrality of Jerusalem in Jewish history is commemorated on the 9th day of Av.  It is highlighted by Psalm 137:5 – “If I forget thee, O Jerusalem, let my right hand forget her cunning. If I do not remember thee, let my tongue cleave to the roof of my mouth, if I prefer not Jerusalem above my chief joy.” According to the Babylonian Talmud, Ta’anit 30: “He who laments the destruction of Jerusalem will be privileged to witness its renewal.”

6. A crisis is a launching pad to growth, as demonstrated by the month of Av, which launches the transformation from curse and decay to blessing and renewal.  The Hebrew spelling of Av (אב) consists of the first two letters of the Hebrew Alpha-Beth, the  spelling of “father” and “bud,” and the first two letters of “spring” (אביב which also means, in Hebrew, “the father of twelve months”).  The numerical value of Av, אב, (א=1 and ב=2) is 3, the combination of the basic even and odd numbers (“A cord of 3 strands is not easily broken,” Ecclesiastes 4:12). The zodiac sign of Av is a lion, representing the Lion of Judah, rising from the ashes of the destruction caused by Nebuchadnezzar, whose symbol was also the lion. The fast on the 9th day of Av is succeeded by the 15th day of Av – a Jewish holiday of love and reconciliation.

7. Humility is a prerequisite for worthy leadership, as highlighted by the fast on the 9th day of Av, which expresses the recognition of one’s limitations and fallibility, and the constant pursuit of moral enhancement  The four annual Jewish days of fasting commemorate the destruction of the two Temples: the 10th Day of Tevet (the onset of the Nebuchadnezzar’s siege of Jerusalem); the 17th day of Tamuz (the day the walls of Jerusalem were breached); the 9th day of Av (the destruction of both Temples); and the 3rd day of Tishrei (The murder of Governor Gedalyah – who maintained a level of post-destruction Jewish autonomy – which led to a murderous rampage by the Babylonians and to the Jewish exile).

8. Remembrance breeds deliverance, in contrast to forgetfulness which feeds oblivion.  According to a legend, Napoleon was walking one night in the streets of Paris, hearing lamentations emanating from a synagogue.  When told that the wailing commemorated the 586 BCE destruction of the First Jewish Temple in Jerusalem he proclaimed: “People who solemnize ancient history are destined for a glorious future!”  The verb “to remember” (זכור) appears almost 200 times in the Old Testament, including the Ten Commandments. Judaism obligates parents to transfer tradition/memories to their offspring.

For more information on Jewish holidays, in general, and the Ninth of Av, in particular: https://www.smashwords.com/books/view/499393 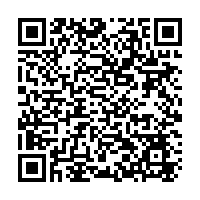