When I was about 10, I wrote to then-prime minister Golda Meir asking her to rebuild the Temple. As a child, I didn’t really consider what that would mean or what was preventing her from doing so. All I knew was that it was something Jews were supposed to want, and that we had recently re-acquired the real estate. I also knew that until it would be done, Jews would continue to engage in mourning for that Temple.

Of course, mourning a rather exotic-sounding Temple I had never experienced was neither obvious nor intuitive. With time, however, I started learning more about it and reading what others had to say. In particular, Rav Kook’s understanding of the various components of Jewish spirituality helped me realize how incomplete contemporary Jewish religiosity actually was. In his vision, Temple-era Judaism was not perfect either. It lacked the more cerebral side of religion, largely developed since then. But more important to this discussion is what used to be central to Judaism in its earlier phases and is lacking now; and that is the natural, visceral connection with God.

But what is the connection between feeling more connected to God and having the Temple? And why does that require sacrifices? Having recently done work on the book of Leviticus, I now think the answer is obvious.

It is not just a poetic nicety that the Bible is engaged in, when constantly comparing the relationship of God and the Jewish people to that between a husband and wife, or a father and child. It is hence high time that we pay more attention and move beyond its over-intellectualization. For the way we tend to look at this comparison today so emphasizes its metaphoric nature that we ultimately destroy the point of the metaphor to begin with.

Instead, we need to consider the possibility that calling God a “father” or “husband” is not just about transmitting an idea. It may be — even more importantly — about transmitting a feeling. For though we may get very enthused about an idea, we can never love it the same way that we love a person. And so to the extent that God remains abstract, we cannot really love Him. It is only when we conceive of God relationally that our feelings can properly grow. And this is likely the main reason the Torah tells us He is the Ultimate Spouse, the Ultimate Father.

Once we understand that we are meant to actually love God, we need to find ways to build that love. And one way is to give more thought to the dynamics of human relationships, to which our relationship to God is pointedly compared: Close relationship involve many things, but one of its most basic components is the giving of tangible, physical gifts. In fact, the very first interpersonal act recorded in the Bible is Chava’s giving of the fruit in the garden to Adam. Note that it is recorded before any kind words or physical intimacy.

It has become trendy at to ask guests not to bring gifts to birthday parties. I am not against that, though it does bring certain opportunity costs. But just imagine if you were not allowed to give any present to your spouse. You would have separate accounts. You would buy what you need and your spouse would buy what he or she needs. You would not even be allowed to share from your plate at a restaurant. Would that not destroy an important aspect of the relationship?

This leads me to the conclusion that in spite of all of the inherent complications (complications of which I am well aware), having a true relationship with God requires that we give gifts. So this Tisha B’Av, I will mourn the lack of a channel through which I can give Him gifts.

But I will not only mourn the opportunity to give sacrifices. I will also mourn my attenuated ability to mourn for them. For understanding about feelings is not the same as feeling them. This attenuation is what is we refer to as galut, our spiritual exile. For the long exile from our roots and the subsequent influence of highly-Protestant Western culture has made us largely numb to the inner workings of our own tradition.

Oh, and for the record, I did get a response from the Prime Minister’s Office, thanking me for my opinion. But as I should have known, it was not really something the Israeli government could do back then. Nor is it something it can do now. One reason is that most Jews don’t really know why they should want it. And an even bigger reason is that we must all re-learn how to feel that want. 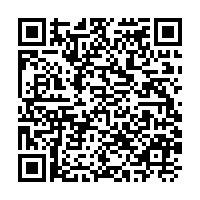