A few things become fairly obvious when one reflects on the holiday Purim. First, there is no shortage of Hamans around, with the current Persian ruler a good candidate for the part. Nassralah, Assad, and a few more of our cousins can also compete for the role.

There are also many contenders for the role of Achashveirosh. These include Recep Tayyip Erdogan, Antonio Guterres, Vladimir Putin, and sometimes even professors of the Israeli left who demand that the universities that pay their salaries be subjected to boycotts and deligitimization.


Many of the so-called Western world leaders can also stand in for the false and power-hungry king who had no scruples about participating in the annihilation of millions of Jews. The main crime the Jews are guilty of is being Jewish. There are other faults that the Jews– certainly individual Jews – possess, but those are only ancillary to the great crime that the Jews are a “different” people. For that crime, there is no repentance.

The former American Secretary of State, powerless and forced to always be flitting around the world so she can’t trouble the administration in Washington, probably is a good candidate for the poor Queen Vashti, who had her head handed to her by a loveless boss. Maybe our own Tzipi can also audition for that role, being unable to deal with the fact that she is not currently running the country.

The current contrempts over Naomi and her beloved but ill-named New Israel Fund, makes her a possible contender for the role as well. And then there are the secretaries, spokesmen, roving ambassadors, and members of the State Department who merrily execute the orders of Achashveirosh and Haman without hesitation or moral compunctions.

In the spirit of Purim, though, everyone is wearing a costume and disguise so that the whole situation is seemingly backwards and turned on end.

Candidates for the roles of Mordecai and Esther seem to be in short supply today. People who are unwilling to bow and scrape before tyrants and evil, who have principles for which they are willing to risk personal honor and even life itself, are few.

Mordecai is interested in saving the entire Jewish people irrespective of their individual opinions and attitudes. The plight of the Jewish people pains him deeply and personally. He is even willing to bear the strange indignity of having some of his rabbinic colleagues criticize him for his efforts to save the Jewish people.

He does so unflinchingly and without rancor. He asks for no reward for his services and is solely interested in succeeding. He was proven right in his predictions regarding Achashveirosh and Haman, but he never states: “I told you so.” Such a person is truly difficult to find in our current divided and divisive society. Mordecai the Jew is the quintessential Jew, but he is also the rarest of characters in Jewish history.

His niece Esther is also somewhat of a rarity. Jews occupying high public office in non-Jewish governments do not have a sterling record of protecting Jewish interests, even when Jewish survival is at stake. To put one’s concern for the Jewish people over personal ambition and position and to address the ruler in terms that reveal primary concern for the Jewish people, is an act of honesty, loyalty, and courage. Again, there do not seem to be too many candidates today vying for the role of Esther.

The unseen hero, so to speak, of the Purim story is naturally the G-d of Israel Himself. That role is filled today. The unseen hand that has guided us through history and guaranteed our survival as a people is certainly present in today’s Purim drama as well.

The Jews of Shushan were not particularly G-d-fearing or observant. They felt very comfortable and assimilated in the society and with the values and political correctness of the time. They were shocked by the enmity directed at them by the community of nations into which they had so mightily tried to assimilate. Yet, in the end, they were forced to see their true situation realistically and to rely upon G-d’s salvation – the hidden miracle that is part of our daily lives and existence.

That part of Purim is certainly in play today as well. In a society that oftentimes cannot distinguish between Haman and Mordecai, Purim comes to remind us of our vulnerability and our hopes for a brighter tomorrow. That is what makes Purim such a great and joyous holiday. 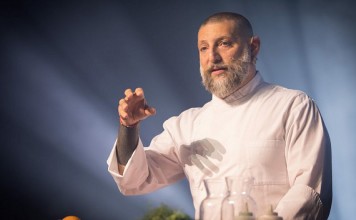 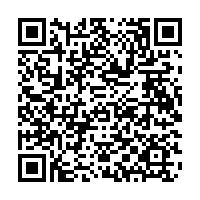