While Israel welcomed President Donald Trump’s announcement of his upcoming recognition of Israeli sovereignty over the Golan Heights, less than a day later, the Syrian regime issued a statement condemning the decision.

“The Golan Heights will remain Arab and Syrian, regardless of the statements made by the president of the United States about the occupied Israeli Golan,” the Syrian regime said, condemning the decision as “irresponsible.”

Iran also condemned Trump’s move, saying, “This is an illegal and unacceptable decision.”

According to a senior Syrian Foreign Ministry official, Trump’s decision shows a “blind bias” on the part of the US in favor of Israel, and constitutes contempt for international law.

The same source also issued an aggressive message, saying, “Now, the Syrian nation is even more determined to release this precious land, which is part of the Syrian homeland – by all means possible.”

Russia made clear on Thursday that it would never recognize Israeli sovereignty over the Golan Heights, suggesting Trump is aiming to harm the partnership between Russia and Syria. Russia also made it clear Friday morning that Trump’s decision violated UN resolutions.

Ahmed Aboul Gheit, Secretary-General of the Arab League, issued a statement saying the Trump Declaration was contrary to international law, and that the league of Arab nations supports Syria’s right to the Golan territory.

Turkish foreign minister Mevlüt Çavuşoğlu warned that attempts to legitimize Israel’s illegal actions would only increase violence in the region.

In an interview Thursday night on Fox News, President Trump denied that the timing of his move was intended to help Netanyahu in the elections. Which, obviously, means that it was, and that signing a presidential decree on Israel’s sovereignty over the Golan Heights during Prime Minister Netanyahu’s visit in the oval office early next week is a gift better than cigars and champagne.

Incidentally, at the risk of upsetting some readers, it should be noted that of all the territories under Israeli control since the 1967 Six-Day War, the Golan Heights is the only occupied territory and its 1981 de facto annexation was a violation of the Geneva convention. The Sinai peninsula was the other occupied territory under Geneva, but it was returned to its original owner, Egypt.

The curious thing is that controlling Judea and Samaria and the Gaza Strip does not constitute a violation of the Geneva convention, since those territories had been abandoned by its last internationally-recognized sovereign, Great Britain, and the Jordanian and Egyptian rule there was never recognized by the world’s institutions – meaning that Israel took over a no man’s land and should be free to annex them under Geneva. 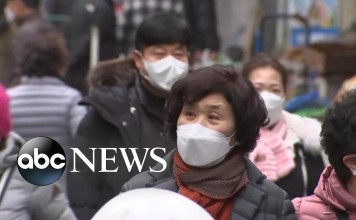 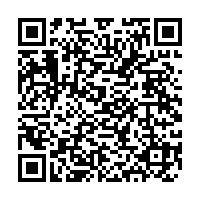