In my last column, I set forth a well-known principle integral to Jewish belief: that all that the Almighty does is for the good. More specifically, not only is what He does for the good – it would be impossible to imagine otherwise – but it is for our own, specific good.

When beset by hardships, dilemmas, and suffering, it is very hard to fathom how those could possibly be for the good. And this is where stories serve a vital role.

All who entered Auschwitz dreamed of escaping. And all of them understood the futility of such an attempt. The Germans invested a lot of their brain power into torture techniques and seeing to it that no one should escape. And yet, it was attempted, albeit very infrequently, and the public display that the SS offered (attendance compulsory) of the poor soul who was caught trying to escape was aimed to be a compelling and unforgettable lesson that no fate could be worse.

Rudolf Vrba and Alfréd Wetzler were the exception to the Auschwitz escape attempts. They committed to escape not for their freedom, but because they had a sacred mission to execute. These two Slovakian Jews had been in the camp for two years, making them very senior veterans and statistical anomalies. The lifespan of an inmate in Auschwitz could usually be counted in hours; for the majority of the “fortunate,” in days.

There were probably no other two prisoners who knew the workings of Auschwitz-Birkenau as well as Vrba and Wetzler did. This information they felt they had to reveal to the free world – somehow, someway – despite the impossibility. They believed that the world would listen to their eyewitness testimony that the Nazis were gassing and burning Jews by the tens of thousands daily, and that if the Jews knew what fate awaited them in Auschwitz, they would rebel and refuse to board the deportation trains. This faith impelled them to risk escaping from Auschwitz.

Fleeing from the camp, with its double ring of electrified barbed wire, floodlights, and guard towers was hopeless, but an opportunity arose to hide outside Birkenau’s barbed-wire inner perimeter, yet within an external, evadable perimeter. The Germans were about to build a new camp called “Mexico,” and the wooden planks for the construction were piled in this section.

The camp underground had stacked the large planks in a way that a hiding place was created within that was indiscernible from the outside. Four prisoners had already hid in this hollow prior to their successful escape. These escapees were eventually captured, but they did not reveal how they had managed to get out of the camp.

The key to the escape was to remain hidden for three full days while a mandatory search was conducted. It consisted of the following: Every evening there was a roll call, and if the numbers at night did not precisely match the numbers of those who had gone out to work in the morning, an alarm was sounded. Guards were not released from their posts for three days while a massive search was conducted, involving thousands of guards and hundreds of dogs.

If, after three days of intensive searching, there was still no trace of the escapees, it was assumed that they were nowhere in or around the confines of the camp. Guards would be released from their posts and the camp would revert to its normal routine.
With the help of the camp underground and members of the “Sonderkommando,” on Friday, April 7, 1944, Vrba and Wetzler entered the cavity in the wood pilings that had been prepared. They implemented a trick which they had learned from a Russian POW, Dmitry Volkov (who had escaped Auschwitz but had been recaptured), which was to sprinkle the surrounding area with strong smelling Russian tobacco that was soaked in petrol and then dried, which confused the guard dogs’ sense of smell.

At evening roll call, as expected, the siren wailed. Immediately the trod of boots could be heard, orders shouted, and the scratching of dogs’ nails on the wood above. Vrba and Wetzler spent nearly three days without food or drink, stiff and motionless within the hideaway, counting the hours until the search would be concluded, and they could execute their escape.

But as evening approached, SS members, still actively involved in the hunt for the fugitives, decided to search the pile of wooden planks. There were three layers of planks that covered the cavity and the soldiers removed the first two. By this point every one of Vrba and Wetzler’s nerves leaped and shuddered. They were this close to freedom and now the most intense torture awaited them.

Before entering the cavity, they had been barely subsisting on a starvation diet. For the past three days, no food or drink had touched their lips. They had hardly slept, and the stress had taken its toll. Most significantly, being confined in such a tiny space had atrophied their muscles, and they couldn’t get the planks to budge. Their catastrophic situation and what would apparently be their end was too much to bear. But it did motivate them to give one last, desperate attempt. The boards began to lift, and inch by inch the outdoors came into sight.

On the evening of April 10, 1944, Vrba and Wetzler escaped Auschwitz and began an 11-night perilous flight through Nazi-occupied Poland to Slovakia, 80 miles away. They carried with them damning evidence, a ground plan of the camp, particulars of the transports, constructional details of the gas chambers and crematoria, and even a label from a canister of Zyklon-B gas.

Their testimony was transcribed into a report which became known as “The Auschwitz Protocols,” and which arguably saved 120,000 lives by delaying the deportations from Budapest to Auschwitz.

The undeniable heroism of Vrba and Wetzler, which is deserving of a separate chapter in the annals of our People, is not the point of this column. The theme that we have been highlighting is that G-d wishes what is best for us, even though we are not always able, and are usually unable, to comprehend that.

What were Rudolf Vrba and Alfréd Wetzler thinking when the SS guards were removing the planks above their hiding place? We’ve come so far – two-and-a-half endless days of intense deprivation, just a few meager hours before escape – only to be discovered and murdered!


Little did they know (at the time) that these heartless murderers were enabling their path to freedom. Had the upper layers of planks not been removed, there would have been no way for the weakened, starved, atrophied twosome to lift all the planks of wood sealing their exit. 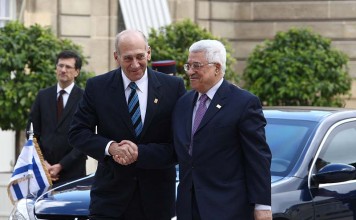 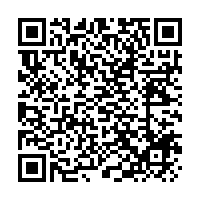