A recent headline that caught my attention read, “California governor says earthquakes are a wake-up call.” One of the mediums that Hashem communicates to us is through current events. With the absence of actual neviyim, we are left to interpret our environment and social surroundings for messages that Hashem may be communicating. In this instance, not only was the event intended to communicate with us, as we will soon see, but Hashem actually got the governor of the state of California to verbalize the message as well!

Rav Don Segal, shlita, explained that the tefillah that we recite on Rosh Chodesh, Barchi Nafshi, speaks about all the wonders of the world. This can inspire us to see how wonderful the world Hashem created is, and how awesome and powerful He is. In the beginning of the tefillah we say, “osei malachav ruchos – He makes his messengers strong winds.” Storms are Hashem’s messengers, sent to warn Bnei Yisrael to do teshuvah. The tefillah ends with the pasuk of “hamabit la’aretz vatirad – Hashem looks at the earth and it trembles.” The Yerushalmi in Berachos says that this pasuk is referring to earthquakes. The end of that pasuk says “yiga biharim yi’asheinu – He touches the mountains and they smoke.” This is a reference to volcanoes. If the wonders of the world are not sufficient to fill one with fear of Hashem, then Hashem sends earthquakes, volcanoes, etc.

The Maharsha in Bechoros 8b says that there are two three-week periods during the year that have the ability of cleansing the neshamah. One is the period between Rosh Hashanah and Hoshanah Rabba, and the other is the time between Shiva Asar B’Tammuz and Tisha B’Av. One must understand how any time period can compare to the time between Rosh Hashanah and Hoshanah Rabba in respect to cleansing the neshamah.

The Gemara in Yuma 39b says that for years, Klal Yisrael was warned that something terrible was on the horizon. Yirmiyahu warned Bnei Yisrael that if they did not do teshuvah, there would be a churban. Instead of listening to him, they mocked him and threw him in jail. The Jews told Yirmiyahu that they understood that they had to do teshuvah, but they did not believe that a churban was imminent. They knew that they had done aveiros and that they should do teshuvah, but they did not believe that the churban ha’bayis would actually occur. The Jews saw how nearly three hundred different powerful weapons were unsuccessful in breaking the walls of Yerushalayim, and they felt secure. In truth, Chazal tell us that the attackers were about to give up, when a bas kol came out and told them to try one more time.

On Shiva Asar B’Tammuz, they successfully broke into the city of Yerushalayim. At that point the Jews should have realized that they were wrong, and that Yirmiyahu was right; the churban ha’bayis was imminent. The breach in the wall should have breached their hearts. It should have proven to them that the churban was upon them and should have caused a tremendous teshuvah movement.

Shiva Asar B’Tammuz is a time that teaches us that Hashem always gives us a chance before the actual churban to do teshuvah. We just have to heed the call. Hitler, yemach shimo, did not come to power in 1939. He came to power seven years earlier. There were many signs that were screaming to us then that trouble was brewing. By the time Kristallnacht occurred, in 1938, we should have heard the message.

We must learn from Shiva Asar B’Tammuz that warnings such as earthquakes are to be taken seriously and begin to attain a greater fear of Hashem and do teshuvah. If we can contemplate the warning that Hashem is sending, especially during this time, it can make a tremendous impact on us to do teshuvah. In this way, the time period between Shiva Asar B’Tammuz can be equated with the time between Rosh Hashanah and Hoshanah Rabba.

Hashem is calling out to us. If we hear the message of Shiva Asar B’Tammuz and learn from it, we will be zocheh to celebrate Tisha B’Av this year as a Yom Tov. May it be His will, amen.

Why Was Moshe Scared? 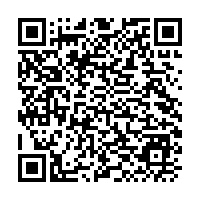