It is often difficult to focus on the stories that are truly significant given the bombardment of news items that flash across various platforms, especially when we consider the fact that many stories have a strong fake news component of rendering irrelevant news items main stream. We have so many news items that come across our screens daily that when a genuine tragedy occurs, it only lasts in our minds for a short while.

However, it is very crucial to pay attention to current events since Chazal tell us that that is how Hashem communicates to us.

One example of a story that I believe should have our full attention is the fact that in the past 30 days the United States has experienced 500 tornadoes. Last week a tornado plowed through parts of New Jersey!

In the past seven decades, only 2003, 2004, 2008 and 2011 have faced that many tornado reports in a 30-day period, according to Bill Bunting, chief of forecast operations at the center in Norman, Oklahoma.

“Whether or not we can say it was unprecedented, we will figure out later, but it certainly has been unusual,” Bunting said. “It is unusual to have this kind of streak going.”

The tornadoes have been driven by larger weather patterns that have also led to widespread rains and flooding across the Great Plains and Midwest. A low-pressure area is stuck over the Pacific Northwest, while high pressure sits on top of the southern states, allowing a stream of powerful winds to slice through the center, drawing energy from the Gulf of Mexico.

The Chofetz Chaim (Leket Aimurim 12: Ma Licha Nirdam) writes concerning several earthquakes that occurred in his time that if niviyim were alive today, they would be going to everyone and warning them to do teshuvah. Now that we do not have niviyim, Hashem has other messengers. We say in Barchi Nafshi “ose malachav ruchos – He makes his messengers strong winds.” Storms are Hashem’s messengers, sent to warn B’nei Yisrael to do teshuvah.

The year 1939 held the world record for the greatest number of storms in history. Hashem was sending us warnings that something terrible was about to occur. That record was broken in the year 2006, the year of Hurricane Katrina. Recent years have tied for third place as far as storms are concerned. Don’t we realize that Hashem is sending us this message?

The first step in accepting the message is realizing that these abnormal events are messages for us. We should begin to speak about these events in a different light. We should realize that it is Hashem that is storming – not Katrina, not Sandy, not Irene, etc. This should strike fear in us – the fear of Hashem. How can anyone do an aveira when he realizes that Hashem is storming?

Even just speaking about these events with the right outlook will create an understanding that this is all yad Hashem. We would then become afraid of Hashem, which would prevent us from performing aveiros.

If we would think about these events and talk about them, they would lead a person to yiras shamayim. Yiras shamayim is the true solution to our problems and the solution to preventing all aveiros. When one fears Hashem, he does not live in terror. In fact, the opposite is true.

In recent years, there have been many who claim that we are living in a period of global warming. Whether one agrees with their conclusion is another story, but we all must agree that the weather patterns have been completely inconsistent. However, if we look more carefully, it seems that we could give a more appropriate name for these inconsistencies: global warning.

Hashem is calling out to us. If we hear the message and learn from it, we will be zocheh to celebrate the coming of the geula shelaima, amen. 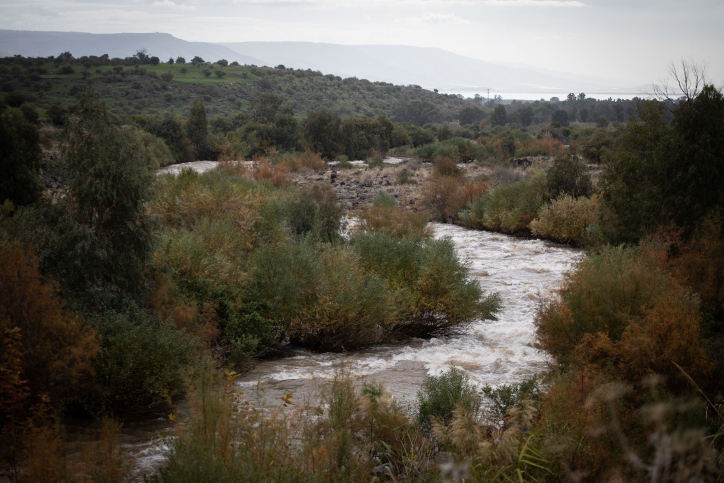