It was the last week of the summer season that I would spend in my upstate home. I was looking forward to a relaxing weekend, although a busy week of cleaning and closing up the house for the year was in store.

Let me explain. My daughter (who lives in Buffalo) and her three children spend the summer with me (her husband comes every Shabbos) and on Shabbasos my second daughter arrives with her three children and spouse. So over the weekends, although I love having everybody over and wouldn’t trade places with anybody for this joy, it does get quite hectic – with the toys, lebens, cookies and cups, among other things, flying all over. And that’s not to mention the loud ball playing taking place in and outside the house. We enjoy spending our summers together, and the kids get a chance to reacquaint. It is a special time.


During the week before Labor Day, my children know it’s my time to get the house in order (washing, cleaning linens and packing) and that coming for a weekend is taboo. For this Labor Day, though, I decided to surprise my husband by inviting a close friend to visit. I figured that compared to the rest of the clan, this would be easy. It was indeed enjoyable.

After spending the whole week doing my chores, I needed a treat and went to the pool for a last fling on Friday morning. It seemed that since I had a long afternoon to prepare for Shabbos, I thought it was a wise thing to do.

I enjoyed it while there, but didn’t know what was waiting for me.

I put my food in the oven at about 2:30. An hour later, I decided to add more food. But when I went to put something else in, I found the oven was cold. Panic would not be an adequate word to describe how I felt. I had to find someone with an empty oven, as I still had plenty of food to heat. I also had to find someone who hadn’t already cleaned their oven and who didn’t mind my food in their house. Luckily I found a very nice neighbor, Sora, who was willing to accommodate me. I couldn’t thank her enough.

After placing the food in her oven, I looked in the Catskills yellow pages, thinking it was easier to find an emergency non-Jewish appliance repairman to work on a Friday through that resource than from a frum Catskills kosher book. But that didn’t seem to work. My husband then phoned me, needing to be picked up at the bus stop. I quickly took an extra few minutes to skim through the kosher Catskills book to see if anybody needed some extra money before summer’s end, and thus accommodate me. I made many phone calls; again no luck. I didn’t have time to finish going through all the names and the time was getting late and I had to pick up my husband. I called everyone that I had time for but without progress, as it was late in the day. The realization that I would have to wait until next summer didn’t sit well with me – but there was little choice.

As my husband and I were driving home from the bus stop, I got a call from a friend and neighbor, Chani, who knew of my fiasco. She said that she found a nearby repairman who could come right over since he was only a minute away. But as he had to rush back to Monsey, where he lived, he had to come over immediately. My friend was kind enough to let him into my house and stay with him. I came home eight minutes later and the oven was fixed very soon thereafter. What a seeming miracle.

By the time my company arrived, the house had its usual Shabbos smell of freshly cooked food, the house looked calm, and even I managed to look calm. Yes, I was one happy lady.

It does not sound like a big deal, but having no oven the last weekend of the summer and then worrying about coming up to the house next year to look for a repairman was a hassle to me. 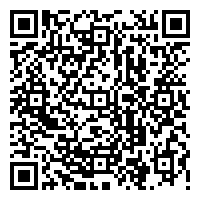