“Don’t you think you should daven mincha here?” I asked my husband as we prepared to leave the Banias, a beautiful water reserve in the Lower Golan. We were on our way home after a three-day pre-Pesach trip to the Golan. “No, we’ll catch a minyan in Har Nof,” he responded.


We made stops for the bathroom, for gas, to eat and to nurse the baby. Traffic was heavier than expected in some areas. The five-hour allotment was dwindling. We had passed Jericho with about 45 minutes to go. “Good,” I thought to myself, “we should make it to Yerushalayim in time for mincha.” About then the baby started howling and howling. He wanted to nurse, but there was nowhere to stop. We tried various means to pacify him. Our attempts included a fructose-flavored lollipop. He rejected it. We sang songs. We made all kinds of silly noises in order to distract him. Finally I gave him white chocolate. He loved it, and quieted down. But, alas, our supply was soon consumed, and the screams started up again.

He was still screaming as we started the ascent up to Yerushalayim where we were met with a major traffic snarl. The Israeli sun was beautiful as it slowly descended in the horizon, but I could not enjoy it as I usually would have. That orange and red ball was the decisive factor in our attempt to reach Har Nof in time for mincha. Would Hashem cause a miracle and command the sun to stand still, as He had done in the time of Yehoshua? Unlikely, I thought.

The baby’s piercing screams continued as our car inched its way up the tan hills. I tried to interest the baby in the occasional herds of goats, the donkeys and the camels, but he was not to be distracted. I noticed a gas station on the right, and two Chassidic-looking men were standing near it. I exclaimed to my husband, “Let’s stop here. Maybe you can get a minyan!” My optimism was a bit forced because that little ball in the sky was quickly descending.

We pulled into the parking lot of the gas station. My husband, our 14 year-old son and our other two older boys got out of the car. They walked over to the two Chassidic-looking men. (It turned out that they were Breslavers, and they were selling books.) I took our baby out of his car seat and nursed him. As I nursed him I davened a prayer for my husband’s success in getting a minyan.

Surprisingly, the gas station boasted a small pinat chai, an enclosed area with various animals. The other two little ones went over to the pinat chai with their big sister. When the baby finished nursing, we joined the children and the animals.

I glanced over to where the older males in our family were standing. A gas station attendant had joined the group. That made half a minyan. As I watched the children playing, I threw an occasional glance towards the western sky. With the sun receding in the horizon, I again davened that Hashem would send a minyan.

Several minutes passed and I looked up again. I saw that a few more men had joined the group. Seven. The children became tired of looking at the animals, and they started playing with the pebbles. As dust flew, I davened again. Soon there were nine men waiting to fulfill Hashem’s command.

Judging from the sun’s position, I thought that it was already too late to daven mincha. Once again I put in a plea to the One Above that He should send a minyan to this gas station in the Judean Hills. A car pulled up and two men got out. Hashem had completed the minyan.

The author is a deep believer in prayer. It is our pipeline to our Creator. Prayer has accomplished wondrous things in her family. 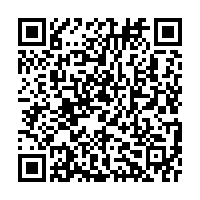