I heard this beautiful story about a week ago, and I can’t get it out of my mind. It’s about an Israeli soldier, a young boy who, if you saw him, his hairdo and his friends who look a lot like him, and if you heard the slangy way he talks and the music he listens to, you would say he’s secular. And in many ways you would be right. But there is so much in the news in and about Israel that is misleading. The secular are given the impression by the media that the religious people in Israel are uneducated, fanatic and so on. And the religious people, knowing about this anti-religious media bias, often think that the secular are all virulently anti-religious.

But those of us who have the privilege of living here and who also have opportunities to mingle with the secular, even if only on a bus, in a cab, or in a store, know that the stereotypes are often far from true. The leftist media does not represent the average secular Israeli, and most of the secular Israeli public is not against the religious public or against Orthodoxy. But even if each one of them thinks positively about religious people, if a person wasn’t raised in a religious home, it’s hard to initiate the change of becoming observant. It means changing your home, your food, your entertainment, what you read, what kind of phone you have, what you look at and how you think. It means a lot of self-control, such as not smoking or driving on Shabbat, not speaking against others, and so on.


We know that it’s all infinitely worth it and that we benefit tremendously from the restraints as well as from all the positive commandments and experiences that are part of an observant lifestyle. How many, if any, secular families eat together, talk, sing and laugh together – without any electric or electronic interruptions – three times a week? Clearly our lifestyle is overwhelmingly positive. But as we said, even if one knows that, it’s hard to change. Inertia, habit and the yetzer hara (one’s inner evil inclination) often overrule our minds and so it is that the secular stay secular. Yet it’s not because being secular is part of their belief system. (A Rebbetzin I know recently told me how surprised and impressed her husband was when he got into a cab. Seeing how hard it was for the elderly rabbi to get in, the bare-headed driver said; “Hashem should protect you! You should be healthy and whole until 120!”)

Back to our young Israeli soldier. During Operation Protective Edge, Tomer was about to be sent into Gaza. Everyone knew that going there was wrought with great danger. Snipers, ambushes, hidden explosives and the cruel hatred of our enemy made Gaza a perilous place to be, even when well-armed, with excellent training and many other highly motivated soldiers and dedicated officers. His mother knew, of course, and was terribly worried, as were the families of all the soldiers. Would she ever see her beloved son again? Tomer told her not to worry, which they both knew meant nothing, and said he would call her as soon as he got out of Gaza to let her know that he was alive and well. They both hoped with all their hearts that there would be such a phone call.

As he went into Gaza, Tomer suddenly heard himself saying: “Hashem! If You protect me, if You take me out of here alive and well, I’ll start keeping Shabbat!” And he went into battle.

It was a difficult battle. Many were seriously injured and some did not survive, but Tomer came out alive and unharmed. He thanked Hashem from the bottom of his heart, because he knew that his survival was not to be taken for granted. Immediately he thought of his frantically worried mother and wanted to call her as he had promised.

But it was Shabbat, and he had made a commitment. He didn’t know all the laws of Shabbat, but he knew that he wasn’t allowed to use the phone. Tomer was extremely concerned about his mother, knowing what she must be going through, especially if she had heard about that day’s battles on the news. He wanted to call her, but he couldn’t.

Suddenly he had an idea. There was a Druze soldier in their unit. Not knowing that it’s not so simple in Jewish Law to ask a non-Jew to perform forbidden acts for a Jew on Shabbat, Tomer asked the Druze soldier to call his mother for him. The Druze understood and gladly agreed. He took out his phone, and Tomer told him his mother’s number. The soldier called and it rang…and rang…but no answer.

Tomer was concerned. He knew his mother was waiting desperately for this call. He asked his comrade to call again, which he did. Again, no answer.

Maybe she fell asleep, maybe her phone stopped working, Tomer thought frantically. Maybe…maybe something happened to her. Can it be she isn’t feeling well because of all her worry and stress?

The day went on, and eventually darkness came. Tomer asked one of the religious soldiers if Shabbat was over and was told that it was. The soldier told Tomer what to say – “Baruch HaMavdil bein kodesh li’chol, bein ohr li’choshech, bein Yisrael li’amim, Bein yom hashvi’i li’sheishet yamei ha’ma’aseh. Baruch HaMavdil bein kodesh li’chol. Blessed is He Who distinguishes between

Tomer breathed deeply and with shaking hands, took out his phone. His fingers raced automatically over the numbers of his mother’s phone as he hoped and prayed

that she was okay; that she would answer. And she answered!

“Ima! It’s me! Tomer! I’m okay! I went in, we fought hard, and I came out fine, Ima!” His mother was crying with relief and gratitude.

Tomer spoke again: “Ima, I told you that as soon as I get out of there, I would call you to tell you that I’m alive. Why didn’t you answer the phone, Ima? The whole day someone called to tell you, but you didn’t answer! Are you okay, Ima?”

I’m sure you know why I love this story, and I hope you do, too. I hope it gave you a clearer understanding of who our seemingly secular brothers, sisters and children in Israel are. They may not think of it often in their daily lives, but deep inside they believe in Hashem. Wouldn’t it be wonderful if they would become aware and in touch with that belief, with their pintele Yid (the inner Jewish spark) in their everyday lives? Actually, with all the Jewish outreach organizations, it’s happening more and more. And our knowing what these secular Israelis are really like will hopefully affect the way we relate to them as individuals. This too will help them come closer to their true inner selves. 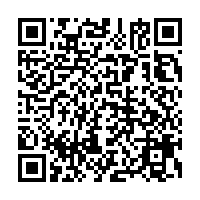