It was actually happening. After a year’s wait to get the appropriate permits from the city, I was given permission to extend my home in three directions. A contractor was suggested by my architect, and I was taken with his fine demeanor and thorough understanding of the business. The contractor was eager to get the job underway and so was I. I had a very specific time schedule I wanted to work around: It was very important to me to be finished with the renovations before the Three Weeks. I just couldn’t imagine being busy having my home all fixed up while Hashem’s house remained in ruins.

Of course, we always hope that Moshiach will be on his way momentarily, but if I could prevent remodeling my home at this sensitive time of the year, then I felt obligated to do so. With all the preliminary paperwork done and a contractor ready to go, I just needed a place for my kids and me to live while our home was in the process of being torn down and rebuilt.


This renewal of our home was more than a fresh start. Two years previous, the kids and I had witnessed our beloved husband and father while he withered away in a coma due to tragic circumstances. I had gone through the necessary paperwork to receive the permits for expansion rather mechanically, with little emotion. My kids were far more enthusiastic than I was about making a fresh start with an enlarged and renovated home.

Even so, I couldn’t be mechanical about finding somewhere to live when the contractor was ready to start. “Proactive” became my mantra as I looked over ads for short-term dwellings. I couldn’t afford to be picky when there was so little available. My main consideration was to stay in the neighborhood so as not to make things too difficult for the kids and their schooling. It would be nice if said dwelling wasn’t too much of a dump, but I figured it would be a temporary situation in any case. I used whatever connections I had in my arsenal and let the word out that I was looking for temporary accommodations.

I had seen a place for rent around the block for months, but when I inquired, I was told the apartment had been inherited by several siblings and was being managed by a daughter-in-law. Since the rent money is divided up, they were asking for an incredibly high rent and demanded a year and a half commitment.

Moving on to the next possibility, a family member called me with a suggestion. An older couple had moved out of their home and were renting it out. There were some conditions: I had to take it for a minimum of six months even though I would only need it for four, and after my stay I would be obligated to pay for an expensive professional cleaning – an additional expense. When I went to check the house out, I had mixed feelings. While clean, it had a run-down look, and the location, while in the neighborhood, was at the far end and quite a distance from the kids’ schools.

Another house became available. It was in the process of being sold, and the new owners would not be moving in for several months. When the buyers heard I was a widow, they wanted to rent it out to me at sub-pricing. I went to see the place and to my surprise, it was gorgeous, spacious, immaculate, and very conveniently located. What a dream! There was only one caveat: It wasn’t clear when it would become available. The terms of the contract between the original owner and buyer gave the buyer a few extra weeks to finish the transaction, but my contractor wanted me out sooner, and as I was set on being finished before the Three Weeks, I needed the construction to get underway and be done by a certain date.

I didn’t see a solution to my housing needs forthcoming. Instead of getting down, I strengthened myself with the thought that “other people manage to find a place to live, and so will I.” While packing up with no place to move to, I decided to join a friend at a new hilchos Shabbos shiur which had recently started just down the block from me. For an hour, I could let go and gain some important knowledge. As we were walking out of the shiur, I was updating my friend on my housing situation. She had seen the only apartment that was still an option (the one that was overpriced, far away, and demanded a hefty cleaning expense when I moved out). Suddenly an acquaintance of ours, Shelly, came over. She had attended the shiur for the first time as well.

My friend, Bev, blurted out my dilemma, explaining my immediate need for temporary lodgings. Shelly gave us a queer look. “You are never going to believe this. My sister rented an extra apartment for her seminary this year, but midway, a large group of the girls have finished the main part of the program and are going home. My sister is looking to rent out the apartment for a few months until the new school year starts.” The dates of the apartment’s availability matched my needs perfectly.

I ran over to see the place. It was well-appointed and decently located for the kids to get to school. It had an added plus in that there were closets available from the dorm. My standing closets of almost 30 years were in no condition to be moved and rebuilt, so this extra would save me a big headache. I was more than happy to go ahead with the apartment.

After signing the contract, and the landlord and I wishing each other good luck, I thought back to my words of encouragement to myself: “Other people manage to find a place to live, and so will I.” 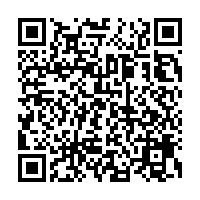