I’m a member of Chavruta, one of the many kiruv projects of the wonderful Israeli organization, Ayelet HaShachar. The Hebrew word chavruta refers to learning a Torah subject together with a partner, and is also used to refer to each of the partners. The Chavruta project of Ayelet HaShachar pairs up people, two men or two women, to speak to each other on the phone, one chavruta being more knowledgeable about Judaism than the other, and the other interested in learning more. They often pick a book or a topic, and discuss that on a weekly basis for about twenty minutes, giving the less knowledgeable partner the opportunity to learn more about Torah, mitzvos, and Jewish thought on a one-to-one level. There are many thousands of such chavrutot throughout the world.

I live in Yerushalayim and the chavruta I was given lives in South Africa. Though we “met” for the first time on the phone, we hit it off, b”H, and we have wonderful, interesting, informative, and hopefully inspiring conversations about various Torah subjects, though not based on one particular book. We usually keep learning for up to forty minutes, at which time the line gets cut off automatically. I will usually say, “I see I have 2 minutes left so I’ll try to make this quick and if not I’ll send you an e-mail to complete this or we’ll continue next week!”


In this week’s conversation, I mentioned a story that was relevant to our subject, which I had heard about from Rabbi Yoseph Wallace, of Arachim, probably the world’s largest kiruv organization. When I asked my chavruta if she knew of Arachim, she said that she certainly did as they gave lectures and seminars in South Africa, and she had participated in some of them. She then told me an amazing true story that happened at one of those seminars.

She has a friend, we’ll call her Sharon, who wasn’t at all religious and was invited to an Arachim seminar, which consisted of three days in a hotel with a variety of fascinating lectures, study groups, and events. Being non-religious, she wasn’t particularly interested in going, plus, at the time she had a major problem in her life. Her husband had been laid off from his job, since his company had made necessary cutbacks, so she became the sole breadwinner of the family. It was a difficult situation for both of them. Then unexpectedly, she, too, was also laid off and they were left with no real income.

Sharon was desperate to find a job, but it wasn’t simple, because her field was very specific – she was a sports teacher/coach for girls. Quite different from computers or a secretarial work which are much more in demand, the need for a sports or exercise teacher was obviously not very high, and as much as Sharon looked for work, she remained unemployed.

She was feeling down, and eventually, after much encouragement from a friend, she decided that maybe going to the seminar would be a positive experience, so she and her husband signed up and attended. There they heard fascinating, enlightening lectures and enjoyed mingling with the other guests. It was very nice, but it was hard for them to really get into what they were learning, because they were weighed down by their problems. Though they both went to many of the same lectures, the program had a special “Amen Party” for women. For those who haven’t heard of or haven’t been to such a party, let me describe what is a very interesting and inspiring experience.

Many women participate and each is given a plate of different foods, or there are central plates on the table with different foods, each one requiring a different bracha. For instance, there will be a cookie or pretzel on which one makes the bracha, “borei minei mezonot.” There will be a glass of grape juice, on which one blesses the Creator of the fruit of the vine. There will also be a fruit such as a date, an apple, nuts, or an olive on which one says, “borei pri ha’etz,” Blessed is Hashem Who creates the fruit of the tree. Then there’s a vegetable, and the blessing on fruit of the earth. In addition, there’s a candy or another food on which one says,” she’hakol nihiye bidvaro,” that everything is from His word.

The unique quality of this party is that each woman says a blessing aloud on each different food, and after each blessing, all the women answer amen! If you figure it out, even if there are only twenty-one women present, with each woman saying five blessings and twenty women saying amen for each blessing, that means that each woman ‘generates’ with her blessing a hundred amens! Multiply that by twenty-one and you have 2,100 amen’s being said! Many people purposely organize amen parties in order that the participants can merit divine help for whatever their individual problem is. It is said that the bracha on mezonot is especially helpful for parnassah, the bracha on fruit is related to having children, the bracha on fruit of the earth is related to a refuah sheleimah (complete recovery from illness), and so on.

Answering amen to a bracha is extremely important because it ‘seals’ the bracha, it is saying, “Yes, I agree that Hashem created the fruit.” In fact, we are urged at all times to say brachos aloud so that someone nearby can say amen, and people are urged to answer amen to another’s bracha even if she doesn’t know the other person, such as when you overhear someone else’s bracha.

Sharon went to the amen party and found it quite exhilarating to be answering amen together with so many other women, to so many brachos, and also hearing so many women enthusiastically answering amen to her brachos. It is a very enthusiastic environment since the women are answering amen, because it is a mitzvah, and they are agreeing with the statement that Hashem creates all our food for us. One woman is looking for a spouse, another is longing for a child, another needs work, another shalom bayis (peace at home), and another success with a child who is having a difficult time.

So it is with great empathy and emunah that the women call out a heartfelt ‘amen’ to the other women’s brachos, each of them hoping for the other women’s success, as well as her own. For those women, for whom this was their first ‘amen party’, as well as those who had participated in amen parties in the past, it was an exciting and inspiring experience.

After the party, the women left the room, chatting with each other and looking to rejoin their husbands who had been at another event specifically programmed for men. As Sharon looked for her husband, she suddenly saw a familiar face, a man she hadn’t seen for years. “Sam, is that you?” He looked at her, and then, with a surprised smile said, “Yes, Sharon, what are you doing here?” They had known each other from their hometown, but with marriage, moves and time, they hadn’t seen each other in ages. As they caught up on what had transpired since the last time they met, Sam asked her what she does now. “Well, to tell you the truth, not much. I’m a sport and exercise teacher but I’m unemployed at the moment, and looking for a job. But it’s not easy because it’s such a specialized field.” And then she thought to herself, maybe that amen party will really help me. Who knows? And as she thought this she heard the unbelievable next words from Sam, “That’s just what I need for my school. You have a job!” And so it was.

May all of us who are in need of special Divine help merit it through amen parties or any of the other all-important mitzvos, and may we all share happy and good news with each other. Amen. 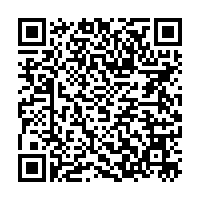