For 10 years our front door was 35 feet from the busiest road leading in and out of Morristown, New Jersey. Zoom, zoom, zoom…one car after another going 40-50 miles per hour, not only during the morning and afternoon rush hours, but all week long. Even when we stood by our front door, we had to yell at the top of our lungs to call to our children who were playing in our tiny front yard. “Why didn’t you come in when we called you?” my wife often asked. “We didn’t hear you,” they often answered. Sometimes it was an excuse. On Shabbos, traffic was lighter but far from quiet. Many times we had to close the windows to have a conversation at our Shabbos table.

Recently we moved to Monsey, New York. Divine Providence led us to a foreclosed house on Glenbrook Road in the Wesley Hills neighborhood of Monsey. Sometimes, but not too often, one will see three cars travelling down the road at the same time. On Shabbos a car going down Glenbrook is a rare sight – maybe two or three during the entire 25 hours. But it’s not just the rarity of cars. The narrow forest of tall, mature, and majestic trees running behind the homes on Glenbrook imbue the neighborhood with an added aura of peace and quiet. Shabbos in Monsey is like a taste of Gan Eden.


One of the most beautiful – and most memorable – days that I can remember in our new neighborhood occurred on Friday, June 3, 2011.  The air felt warm and dry, the sun shined softly, and the sky reflected a gorgeous blue. What a contrast with the weather of May – weeks of heavy rains, cloudy skies, strong winds, alternating days of chilly air and muggy high heat, the threat of tornados – and, worst of all, water in my basement.

By 7 p.m. on that delicious Friday, the serenity had reached its peak. All of the men and boys (except for me and a few others who don’t make Shabbos early) had already gathered in shul. Soon they would be singing “L’cha dodi: Come, my Beloved, to meet the Bride; let us welcome the Shabbat.”

My son Dovid and I were standing on our deck, cooking chicken on the grill for the Shabbos meal. The fat from the chicken dripped and the flames flared up with a sizzling crack and a pop. For my son and me, Shabbos would begin in an hour at sunset. In the meantime, we were sharing with one of those rare “Kodak moments” before the big day –four days away when Dovid would turn 13 and become a “man.” Dovid’s zaidy, my father, of blessed memory, would have cherished being at his grandson’s bar mitzvah. However, that’s the way of life – until death will be forever removed. Meanwhile, the old generation must eventually make room for the new one. Young trees cannot grow tall when overshadowed by the grand, old trees. In such a peaceful neighborhood, it’s easier to meditate on such thoughts.

Holding the tongs, Dovid flipped over a grilled thigh of chicken.

We jumped. Lightning? Thunder? No, the sky was all blue.

Jeff, the neighbor next door, called out from his yard, “Tzvi, did you hear that?”

The three of us ran to the front. The road was clear. It wasn’t a car accident. We ran up Glenbrook. A group of women and girls were standing in the driveway of the Epstein’s house. 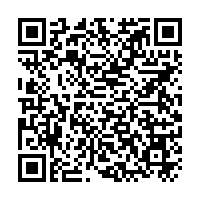