When my sister-in-law Paula rang to tell us that great Aunt Sophie had passed away, though I was sad I was also very grateful that Paula managed to have her accepted into a Jewish old age home last year.

She had no one else in the world. She had never married and since her mother died about 40 years ago she was completely alone.

Before we had made aliyah we tried to visit her regularly. It had never been enough, of course, but at least we had been in touch and she always knew we were there for her. Once we left I was worried that no one would even know that she was Jewish. She still lived alone in her own apartment as she always wanted, although she did have carers and welfare workers visiting her regularly.

We gave the warden of her apartment block Paula’s telephone number “just in case” even though she lived a long way away and we asked Paula that if it was ever possible maybe she could pop in and see her.

Paula and her husband did far more than that – they went to visit her and managed to persuade her to allow them to apply for her to live in a Jewish home.

Since we moved to Israel, Aunt Sophie, who spent most of her days sitting in front of the television set, had rung us up every time she heard there had been a terrorist attack to check how we were. She worried about us a lot and we were glad that at least we could keep in touch over the telephone. On my visits back home to see my mother I tried to visit her and she loved receiving gifts of mementoes from Israel. She also loved to get a full-color large calendar every Rosh Hashanah with pictures of popular well-known scenes from Israel.

However, I suddenly realized that although Sophie had passed away in a Jewish home her funeral expenses were going to be prohibitive. Maybe once up on a time her mother had been a member of a shul and had therefore had burial rights for herself, but for sure Sophie had never kept up any membership and had moved several times from where she had lived with her mother, so had no connection with any particular shul.

Of course the Chevra Kadisha would bury any Jewish person free of charge if they had no one. But Sophie had us, even though I had no idea where we would find the thousands of dollars needed for a funeral.

I suggested to Paula that she try to find out to which shul Sophie’s mother had belonged. Maybe it would be possible to get a reduced rate as her mother had been a member of the shul. Being in Israel and knowing that time was of the essence because we wanted to arrange a funeral as soon as possible in accordance with halachah, there was nothing we could do to help from our home in Jerusalem.

We were surprised when Paula called us up only a few hours later.

“You’ll never believe what happened,” I could hear the incredulity in her voice.

“First of all, the first shul I tried turned out to be the right one. It was just a calculated guess having a vague idea of where they used to live and picking one of the shuls in that area. I started my explanation saying how we would find it very difficult to pay the high cost of the full price burial for someone who wasn’t a member of any shul.

“The woman in the office didn’t understand my problem: ‘Why should you pay anything?’ ”

“I explained that Aunt Sophie wasn’t a member of the shul; only her mother was and that since her mother died she hasn’t kept up her membership.

“ ‘But she did,’ the woman insisted. I couldn’t understand what she meant, as I knew that Aunt Sophie didn’t have any regular payments from the bank to the shul, so how could she have paid. Well, you’ll never guess what she said. She said that every month a woman came in and paid Aunt Sophie’s shul membership charge.

“When I asked her who it was she didn’t know. It was paid in cash so there’s no trail. Who could it have been?”

We never did find out. It’s several months now since Aunt Sophie died and the woman stopped coming to the shul to pay her membership so she must have known she had died. There were very few people at her funeral and no one that Paula didn’t know.

We still call the shul to check if anything has turned up that would enable us to trace this mystery lady and thank her for her kindness and maybe even discover why she had done this wonderful thing – but so far to no avail.

Doing anything for a niftar is known as chesed shel emes, true chesed because the niftar can’t thank you. What this lady did was perhaps an even greater chesed shel emes as she wasn’t even thanked during the niftar’s lifetime. And when we discovered her kindness it was too late for us to find her and thank her. 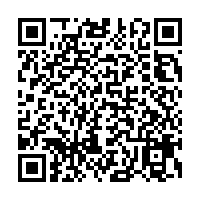