Growing up I felt that I had it all. I was a happy girl for the most part. It took one life challenge to turn my world upside down. Infertility. This is my story. After trying to become pregnant in my mid twenties for over a year, I became worried and went to see a fertility specialist. I was diagnosed with Diminished Ovarian Reserve. The Doctor told me that my chances for conception were between 1 and 3 percent.

To say that I was filled with an awful sense of despair would be an incredible understatement. I switched to a highly recommended fertility specialist who then informed me that IVF was useless and my best chance of having a baby would be by using a donor egg.

I insisted that I wanted to at least try to use my own eggs with IVF. My doctor cautioned me that statistically my chances were close to nothing but said, “If you make even 1 egg, I will help you.”

We started the process of IVF. The weeks of grueling hormone injections and daily blood checks took a toll on me. I was so stressed and was losing hope. I could not believe that the medications would work for me.

My nightmare became a reality when my cycle was abruptly canceled. The nurses told me that my body showed no response to the hormones. I was instructed to stop all treatment, and I did. However, I insisted on meeting face to face with my doctor.

So, three days later, on erev Yom Tov, I went in to beg to try again. My doctor warned me that in the future doctors will not want to work with me and that I should not be discouraged. I Pleaded with her and asked for the most aggressive treatment. I felt relief when she agreed.

She handed me a prescription that would induce a new cycle and tested my blood to determine where I was holding. On the way home from that visit I totally lost it.

After going to the best doctor, taking all my medications, and praying with my broken heart, I thought “How can G-d do this to me?” I felt so alone.

Before I got the chance to fill the prescription I got a call from the doctor’s office. The nurses told me that my hormones were perfectly elevated and that I should return for treatment. I told them that they obviously had the wrong number as my cycle had been canceled and I had been off all medications for a few days. They verified my birth date and said that they indeed meant to call me!

Miraculously, my hormones were exactly where they needed to be to continue treatment. My Yom Tov plans changed but my cycle continued where it left off. I went on to do IVF using my own eggs. It worked on the first try. I feel so blessed to be the mother of a healthy baby girl.

I owe much thanks to my doctor and the whole team. With that said, they did not believe that this could be a possibility. The only people who believed it possible were ordinary people like family and friends. Those people, who do not subscribe to an absolute science but rather hold to a higher power – that of our One and only G-d.

May Hashem continue to shower His kindness upon us.

Never give up. Miracles happen everyday. 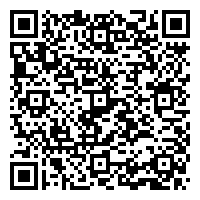