Being the unofficial “veker” (Yiddish for awakener) of the yeshiva is far from a glamorous job, but someone has got to do it. Therefore, my husband routinely wakes up at the crack of dawn and drives 35-40 minutes to the yeshiva, in order to wake the boys in time for Shacharit. After davening is over each day, he can generally resume his official position as the rosh yeshiva.

Wearing these two hats in tandem comes quite naturally to my better half, a seasoned educator, who has always selflessly gone the extra mile for his students, both literally and figuratively. However, he regularly goes to bed way too late, which consequently forces him to go through his daily routine severely sleep-deprived.

The other day was a classic example, further exacerbated by the fact that, apparently, he was developing a debilitating cold or flu. (Being the wonderful wife that I am) I begged him to stay home, or at least sleep in a little, and go to the yeshiva at a more civilized hour; but the veker insisted on ‘rising’ to the challenge, and off he went.

I knew that he had a crucial meeting scheduled for mid-afternoon, so I wished him good luck and goodbye, before turning over in my bed and trying to catch some more, much-needed beauty sleep.

In the end, as it happened, he did not even make it to that all-important meeting…

As he was en route, with one scholar and one scholar-wannabe in tow, he was unfortunately involved in a too-close encounter with a huge army truck.

They say “Ignorance is bliss,” and luckily for me, I was totally oblivious to the harrowing experience until later that day. I received an unexpected call from him as he was awaiting the tow truck.

“Don’t worry!” he prefaced his soliloquy, as I, like any female worth her salt, immediately broke into a cold sweat.

“I’m fine. Everyone is fine…” he continued and proceeded to provide the heart-stopping details of his very eventful journey.

He had been driving along, minding his own business, albeit somewhat impatient to make it to his destination post haste. That, combined with the fact that he was both exhausted and under the weather, undoubtedly contributed to what happened next.

Two slow trucks were ahead of him, and there was no passing lane in sight. Then he spotted a left-turning lane up ahead. With his sleep-impaired sense of judgment and mounting frustration, he spontaneously decided to make a dash for it. He passed the first truck without incident, but the second one, aka the aforementioned military behemoth, unexpectedly pulled into the left-turning lane to make a left turn. Even in his semi-stupor, my husband was able to decipher the proverbial “writing on the wall” quite clearly.

He immediately honked his horn in an attempt to warn the driver of the army vehicle to desist, but either the driver did not hear, or it was already too late for him to reconsider. The driver continued turning left… smack into the right side of our minivan!

The powerful army truck sustained negligible damage to its bumper, but my husband’s car was another story entirely. His front windshield cracked on impact, and the right rear window shattered. Worse yet, the car began to spin like a dreidel, several times before finally, mercifully coming to a stop. B’chasdei Hashem, instead of landing in traffic lanes in either direction, the car came to a peaceful and miraculous stop between the two lanes, in the slightly wider space created by the left-turning lane that had caused all of the trouble in the first place.

Remarkably, my husband and his two young passengers alighted from the car, suffering from neither whiplash, nor possible injuries from the trauma and copious amounts of broken glass. Baruch Hashem, there was not a scratch on any of the people in either vehicle. As for our minivan, after it was unceremoniously towed off to the service station, it was unanimously deemed a total loss.

It took several more hours until my husband made his way home, slightly shaken, but, baruch Hashem, no worse for wear.

Needless to say, he soon said a sincere Birchat Hagomel, acknowledging and thanking Hashem for the miracle he and the two students had experienced. In addition, he graciously sponsored the Shabbos meals for the yeshiva’s Shabbaton, as a seudat hoda’ah.

It is extremely easy to cruise through life, taking our good health, well-being, and even our life itself for granted. But, every now and then, we receive a divine wake-up call that we cannot ignore. In these instances, we suddenly find ourselves overflowing with sincere gratitude for the wellspring of berachah that we have been nonchalantly drinking from all along.

In this case, the devoted, underappreciated veker of the yeshiva merited a Divine wake-up call of his own. 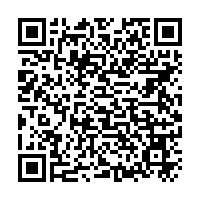