I heard this on the 24th of Elul, the yahrzeit of the Chofetz Chaim, Rabbi Yisrael Meir HaKohen, who made us all aware of the importance of guarding our speech. Many people are makpid to learn two halachot from the sefer Chofetz Chaim each day as it is said to be a segulah for many good things.

The following is a story that recently was told in Eretz Yisrael on secular as well as religious stations. I heard the story on a chareidi radio station from the lady who experienced it, a woman named Einat.


Einat lived in Ramle, and she and her husband were not observant Jews. They had a daughter, and for years they were yearning for another child.

One evening, a friend convinced Einat to come with her to a Torah class that was being given in her area. When, after the class, she told the rebbetzin about her longing for another child, her teacher told her to learn two halachot, of guarding our speech, every day, and in that merit perhaps she would be blessed with a child. Einat was very excited and hopeful to hear this. The rebbetzin added that before she begins her daily learning, she should state that she is doing so in order to be blessed with a baby, and that if she has a boy, she will name him Yirael Meir after the Chofetz Chaim. Einat had no idea what it meant to learn two halachot a day, but when she was told that it wasn’t hard to do – as there are books that are specifically for that purpose, divided up, according to dates, with the halachot clearly written and explained – she readily agreed. The laws aren’t long or hard to understand, and Einat started learning them daily and did her best to guard her own speech accordingly.

Time went by with Einat learning the two halachot every day, and to her great joy, she discovered that after all these years she was expecting a baby. Einat was thrilled and continued to keep her promise. Every day, no matter how busy she was, and no matter what things popped up in her schedule, she made sure to learn the two halachot. Women are usually more spiritually inclined than men and as the days, weeks, and months went by, Einat appreciated more and more the great blessing she had received and knew that it was directly connected to the learning she had taken on and was fulfilling.

The months went by and Einat continued learning and following the laws, being careful not to speak badly about others, whether or not it was true, whether or not they would know what was being said, whether or not it was already known by others, etc. She felt a difference in her life as she learned and observed the laws. She was thinking more, caring more, controlling herself more; she felt like a better person. Though her husband was also very happy as they awaited the new baby, he didn’t get involved at all in what she was doing; he was busy with his routine secular life.

The day finally came, and with great anticipation and joy, both Einat and her husband went to the hospital. There they were blessed with a new baby, a baby they had waited eight years for, a baby whose life was directly connected to the Chofetz Chaim through Einat’s daily learning and observance of the laws of guarding one’s speech Now, finally, they had a new baby, the baby they had longed for, and the baby was a boy.

Einat remembered her promise that if she would have a boy after learning the laws of the Chofetz Chaim, she would name the baby after him. Though known throughout the world as the Chafetz Chaim, his real name was Yisrael Meir. (He was known as the Chofetz Chaim for that was the name of his book, based on the verse in Psalms, (34:13-14) “Mi ha’ish ha’chofetz chaim . . . nitzor lishon’cha mei’rah u’sifaw’sei’cha me’daber mirmaw,” meaning, “Who is the man who desires life . . . guard your tongue from evil, and your lips from speaking deceitfully.”) Now, Yisrael Meir is a wonderful name, but it is not very common in secular society in Eretz Yisrael. Here they give all kinds of names with and without all kinds of meanings, but nothing as traditional as Yisrael Meir. And so it was, that despite all of Einat’s dedication to fulfilling her promise, her husband did not agree to the name.

“But I promised!” explained Einat, “I said that if after all these years I would have a baby in the merit of learning the halachot of the Chofetz Chaim, I would name the baby after him.”

But it didn’t matter, he wasn’t interested because, as he said, it was his son, too, and he never agreed to such a name. The days went by with talking, pleading, but there was no solution.

The night before the bris, they went to sleep, not knowing exactly what would happen the next day. When Einat awoke it took only moments before she recalled the night before, the dream! She had dreamt that there was a great gathering, of many, many people – “like at Har Sinai,” she said on the radio as she retold the story. And there, among all those people, she saw the Chofetz Chaim, and he said to her, “Remember your promise. You promised that if you have a son you will name him after me.”

“I saw the Chofetz Chaim in my dream!” exclaimed Einat to her husband, “and he reminded me that I promised that if I would have a boy, I would name him after him. We had a baby, and it’s a boy! I have to keep my promise!”

Again, there was much talking, much agitated explaining, begging, and crying, and in the end, her husband agreed to the name: Meir Chaim Liran. Meir, one of the names of the Chofetz Chaim, Chaim from the ‘name’ Chofetz Chaim, and Liran. What exactly is Liran? Who knows? A modern, Israeli name that Einat’s husband liked. And though Einat didn’t realize it until later, the day of the bris, including the night of the dream (each new day begins at sunset) was the 24th of Elul, the yahrzeit of the Chofetz Chaim!

This true story went around a lot in the secular media in Eretz Yisrael, told by Einat, herself, and though the baby’s name wasn’t exactly the name that Einat had promised to give – even though she saw the holy Chofetz Chaim in a dream – still, many people who are sadly far from Torah, are hearing that learning the Jewish laws of proper speech led to the birth of a healthy baby boy after so many years of longing. And they heard it from one of their own.

I’m sure that that, too, is giving much nachas to the Chofetz Chaim, zt”l, and to Hashem. 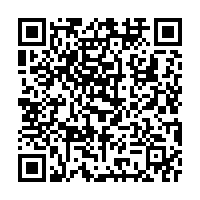